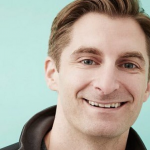 Main Event Media will sit within the All3Media America group, which is in turn part of Objective’s UK parent, All3Media.

Fox has been with Objective for the past three years running its US operation, working across both scripted and unscripted.

He has received six series orders in that time, including CNN series United Shades of America with W. Kamau Bell and E!’s upcoming drama Arrangement.

Fox recently developed and executive-produced Investigation Discovery series Is OJ Innocent? The Missing Evidence, which debuts on Sunday (January 15) in the US.

Fox was formerly at US producer-distributor Electus, where he was head of creative development and oversaw NBC’s Fashion Star and Food Fighters. He was also co-creator of TBS’s King of the Nerds, executive produced VH1’s Mob Wives, co-executive produced ABC drama Killer Woman, and developed Netflix drama Marco Polo.

Fox will work closely with Objective’s CEO and All3 America chief executive across all Main Event series in the UK and US.

“Bringing Jimmy in three years ago to launch Objective’s US division has proven to be an extraordinary success,” said Lipstone. “He is more than ready to launch his own company and we are thrilled he will remain part of the All3Media family for years to come.”

Main Event will be All3’s 21st production unit, joining others such as Neal Street Productions and Studio Ramsay.

“It seemed my first choice for the company name, 22nd Century Fox, came with a slew of legal ramifications, so, Main Event Media it is,” said Fox. Our goal moving forward is the same it has always been, to take our work extremely seriously… ourselves, not so much.”