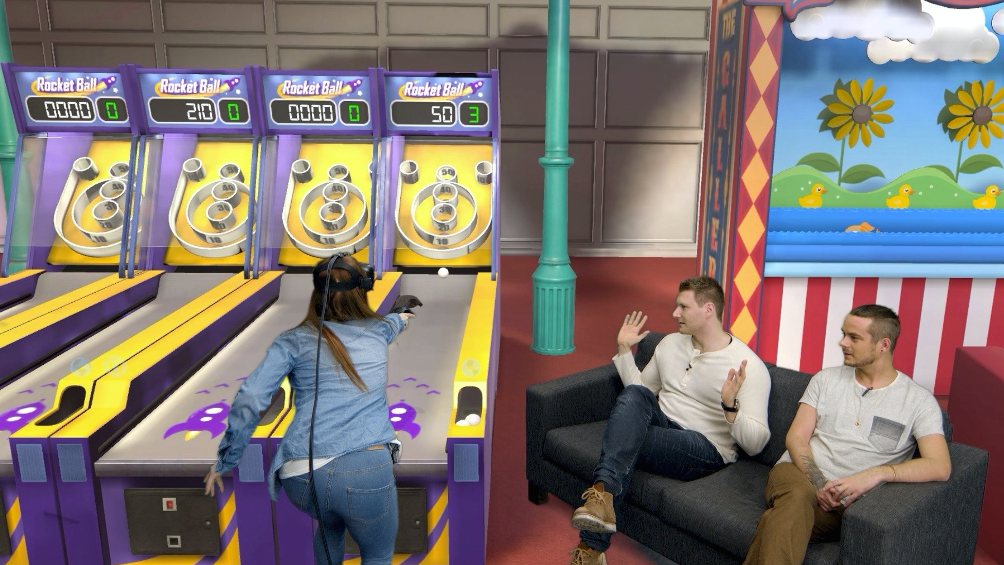 Tilt is billed as the first format to incorporate VR into a broadcast TV series. In the show millennial celebrities face off against one another in VR games. There is also a talkshow element to the show, which is on TV6 in Finland.

It has been on the channel since 1997, but the VR element was added when it was revamped last year.

Tilt is produced by Reflect, the interactive indie created by Intervisio’s Antti Seppänen and former Moskito boss Juha Ponteva, and which runs alongside their existing production interests.

France-based indie distributor Kabo snagged Tilt it as part of a wider deal with the interactive Finnish prodco.

As part of that agreement, Kabo also gets Reflect formats Together and High Score to distribute internationally.

Together is a social experiment format in which couples use a mobile app designed to save and improve their relationship. Viewers can also access the app.

High Score is an e-sports decathlon following contestants as they battle it out across various e-sports games and disciplines. Mobile, connected TV and VR games are available for viewers to play.

“As the TV landscape continues to evolve in line with viewer demands, VR and interactive entertainment are taking center stage,” said Arabelle Pouliot Di-Crescenzo, managing director, Kabo International. “Reflect as a company is one step ahead of the game and the technologies they use give audiences a truly immersive experience.”

Juha Ponteva, co-founder, Reflect, said: “While TV will not disappear, technology innovation will blur the lines between different forms of entertainment at an increasing speed. We are pleased to have finalised this deal with Kabo International, who are perfectly placed to take our interactive formats to a global audience.”

Seppänen added that Reflect will be experimenting further with VR and AR this year. “Whilst the first formats out from our ‘lab’ are gameshows and reality, we are also working on live entertainment shows and testing new concepts using virtual and augmented reality technologies,” he said.