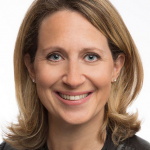 She has been promoted, having formerly been COO of Viacom Kids & Family Group, which was rebranded as Nickelodeon Group upon the establishment of VGEG.

The appointment closely follows the departure of Doug Herzog, who had led Viacom Music and Entertainment Group, and comes after the full-time appointment of Bob Bakish as Viacom chief executive in November.

Levy will report directly to former international president Bakish, who is getting to grips with control of the entire Viacom business after succeeding interim CEO Tom Dooley.

Following the bitter boardroom battle between majority shareholder National Amusements and former CEO Philippe Dauman last year, Bakish’s task is to steady the ship and identify how to improve company fortunes. He has begun by building a new management team.

Levy, a former Nickelodeon COO, counts the acquisition of the Teenage Mutant Ninja Turtles franchise on her CV, and has led various Viacom units in her 18-year tenure.

“Viacom is committed to making the changes necessary to enhance performance, and we are deeply focused on increasing coordination and collaboration across our individual brands,” said Bakish. “Aligning these network operations under Sarah represents an important step forward to becoming a stronger and more integrated organisation.

“In Sarah’s nearly 20 years at Viacom, she has established a strong track record of success, and has been a key leader at Nickelodeon, helping to drive the network’s long-range strategy and the continued dominance of the brand across every screen and revenue stream.”

Levy said she would “take a holistic view” of Viacom’s networks to establish “a unified and complementary strategy”.