Bob Bakish has been named permanent president and CEO of Viacom after the potential re-merger with CBS evaporated. 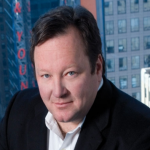 Bakish has been acting CEO since November 15 after Tom Dooley stepped down from his interim post, and will now become full-time chief.

The appointment came after Viacom confirmed media reports yesterday that revealed the merger with CBS had failed, and would be “discontinued”. The special committee formed to explore a combination has been dissolved.

After taking on the interim CEO role, Bakish has been working on a strategy for Viacom should it not merge with CBS. As this has now come to pass, he will look to turn the ailing Viacom’s fortunes around without the US broadcaster.

News of the merger collapsing first surfaced yesterday, with reports claiming National Amusements, which owns both companies, was no longer in favour.

National Amusements chief exec and Viacom vice chairman Shari Redstone said: “I am very excited by the strategy Viacom is pursuing under Bob’s leadership, as well as the relentless hard work and passion he has demonstrated not only in his fast start at the helm but in his many years at the company.

“While there is much work to do, I firmly believe that Viacom has a bright future, and that confidence is underpinned by senior management’s commitment to innovation and a more coordinated, global approach to managing our brands.”

Bakish has been with Viacom since 1997, and became international chief in 2007, when that unit was known as MTV Networks International.