Shareholders in Sky could revolt against the deal that will see the European satcaster come under full control of Rupert Murdoch’s 21st Century Fox. 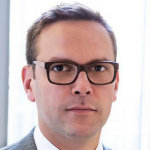 According to various reports over the weekend, shareholders are concerned Sky management accepted the approach to sell Fox the 61% of the business it doesn’t own without consultation.

Sky’s share price had risen 27% after Fox made its £10.75 (US$13.50) per share offer on Friday, but criticism of the potential deal over the weekend has seen the company share price fall to £9.96 at press time.

The Financial Times claimed Sky had moved to “privately” dampen the criticism from its top ten shareholders. Meanwhile, smaller stakeholders Jupiter Asset Management and Royal London have both publicly slammed the deal.

Another minority party, Standard Life Investments, told the BBC: “We would hope this is a starting bid and on reflection they will appreciate that a higher bid is more appropriate.”

There has also been significant criticism over the agreement from British politicians. Fox’s previous attempt to buy all of Sky, in 2011, was scuppered after it emerged Murdoch’s media empire had engaged in the illegal journalistic practice of phone hacking.

Investment bank Berenberg issued a note this morning that recommended shareholders hold their investments in Sky, noting that the Murdoch family still controlled Fox despite splitting its businesses down entertainment and publishing lines in the wake of the UK phone-hacking scandal.

“While BSkyB is now called Sky – following its acquisition of Fox’s Italian and German assets – and the bidder this time is Fox, rather than News Corp, no one should be under any illusion that this is a re-run of the same deal: a Murdoch-controlled entity bidding for Europe’s largest pay TV business,” the noted stated.

Berenberg warned the British government may seek to assess the Murdoch family’s suitability to own all of Sky through a ‘fit and proper test’, and noted Fox CEO James Murdoch (pictured) – who was reappointed as Sky chairman in October triggering separate shareholder backlash – was highly criticised in the Leveson public inquiry into UK media.

The proposed deal values Sky at £18.5 billion. Sky has noted this was premium of 36% on the share price on Friday, but the satcaster has been trading higher than this level as recently as February.