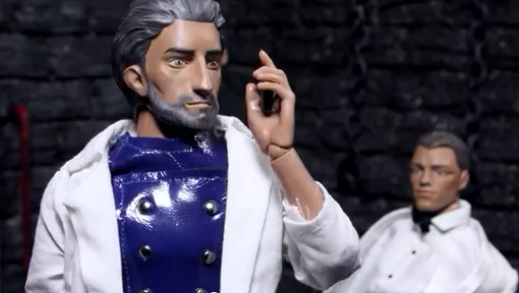 The digital studio was set up in 2014 by Ron Howard, Brian Grazer and Discovery, and the latter has also invested more in the business.

The LA-based firm raised US$18 million in a new funding round, with UK broadcaster ITV taking a minority stake.

New Form will launch shows on ITV’s streaming and on-demand portal The Hub, starting next year.

Grace said: “Our vision for storytelling, our understanding of the audience and our unique production process, coupled with our track record with finding like-minded distributors, has made us the most prolific studio in the business and we are thrilled to have ITV and Discovery as partners for New Form’s next chapter.”

The company said it will use the new funding for international expansion, social content and new ventures.

New Form has produced 30 pilots and sold 20 of those to series since its launch in 2014. Its shows play on go90 and YouTube Red, Refinery 29, CW The Seed, Freeform Digital, Fullscreen and others. It also has deals with linear net TBS.

“New Form is at the forefront of a new generation of talented producer-broadcasters who are not only creating fantastic new shows, but can also build loyal audiences and brands online,” said Simon Pitts, ITV Managing Director Online, Pay TV & Interactive said:

“New Form’s hit rate has been very impressive since launching only two years ago and they are a great fit for ITV Studios and our OTT service, the ITV Hub, as we continue to build our digital content capability.”

“When we announced our plans to launch New Form, we were excited about the opportunities to create meaningful programming and stories for today’s digital viewers,” added Karen Leever, EVP and general manager, Digital Media, Discovery Communications.

“In less than three years, New Form has put itself on the map as one of the strongest new creative and distribution engines in the digital video space.”