US studio Fox has hired Dorothy Crompton as its VP of format sales. 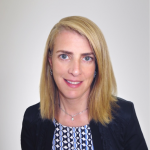 Crompton has been in distribution for two decades, working for companies including Rive Gauche and Warner Bros.-owned Eyeworks.

In her new LA-based role Crompton will oversee formats sales for Twentieth Century Fox Television Distribution (TCFTVD), the US studio arm of Fox.

She will report directly to Gina Brogi, president of global distribution at TCFTVD.

Crompton will work across scripted formats and sell the finished versions of any local drama adaptations.

The new recruit said: “Twentieth Century Fox Television Distribution has an extensive library of leading television dramas, comedies and films that strongly lend themselves to formats because of their compelling stories and rich characters that resonate for so many audiences.”

Fox’s recent drama format deals include a new season of 24 in India.

Crompton added: “I look forward to expanding on the localised productions for TCFTVD’s programming following recent successes such as India’s 24 Seasons One and Two.”

Mark Kaner, head of TCFTVD, said: “Dorothy has a strong record of launching US hit television series as localised formats around the world and has established long standing relationships with many leading international production companies.”