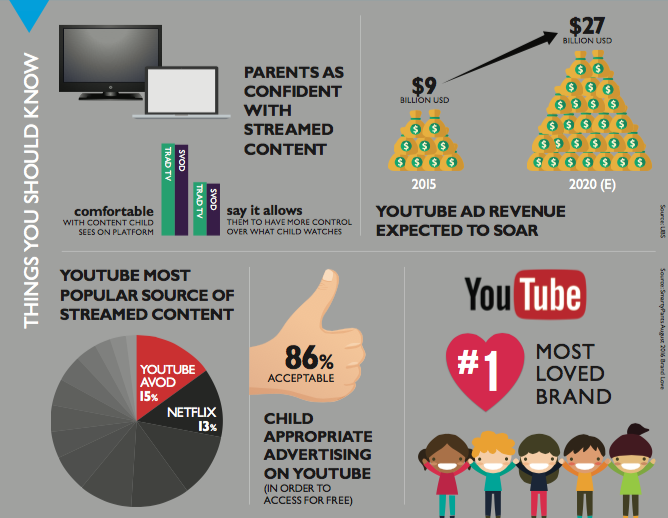 YouTube is marginally more popular than Netflix for streaming content among kids according to new research that surveyed thousands of parents in the US, UK and Canada. Online video platform YouTube also ranked as the most-loved brand in the survey.

Over half of parents (56%) said that kids now prefer to go online to find programmes they want to watch. Across all platforms, the time kids spend watching content has increased and 61% now watch programming on a tablet and 41% on a smartphone. Some 72% of children’s daily viewing is from streaming services s

The survey found that parents are broadly comfortable with their kids accessing SVOD content – with an approval rating only just behind that for traditional linear TV – and they noted it gave their offspring greater control over their viewing options.

With the kids content and licensing and merchandising industries inextricably linked, the survey also noted that 85% of parents shop online and 37% of kids purchases are made on the internet.

Dana Landry, CEO of DHX Media, said: “As a global leader in the production and distribution of children’s content, it is important to check in with parents to get their views on how families consume content.

“The new generation of kids has embraced mobile devices and they love streaming services. Parents are comfortable with kids enjoying content on these new platforms and they are very receptive to the potential for these models to include e-commerce.”