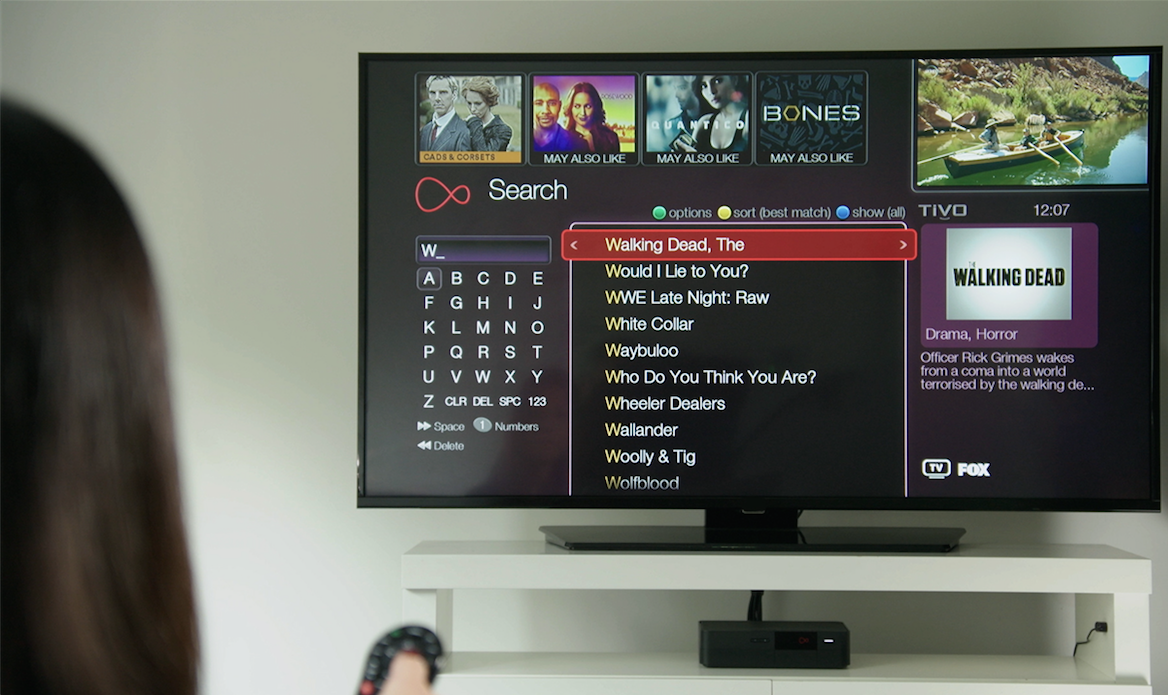 As part of its next-generation TV launch, Virgin Media is launching the Virgin media store – a new electronic sell-through proposition. “It is becoming harder for rights owner to make a success of the old DVD retail market. We will have the most comprehensive UK download to own store,” said David Bouchier, chief digital entertainment officer, Virgin Media, speaking at a launch event in London this morning.

Titles available through the store will include Game of Thrones.

Virgin will provide a personal locker for users to store their downloaded films and series episodes as well as making these available on devices.

Virgin Media will provide physical DVDs as well as electronic copies. The service will have titles available in the same EST window used by pay TV rival Sky.

Bouchier told Digital TV Europe that the store would launch with all the major studios’ content. “We think it will have thousands of hours of content,” he said.

Virgin Media has also created a new advertising-free kids app, aimed at pre-school kids. “We have created the app in a way that allows you to lock the screen – it is a complete walled garden,” said Bouchier.

One feature is a new ‘five times repeat’ button which allows kids to repeat favourite shows five times – something that is, said Bouchier, extremely popular with young kids. “There is method in our madness with this,” he said. Kids can personalise the app by changing the background colour and creating their own avatar.

“We have the best kids proposition in the UK,” said Bouchier.

Virgin Media is also making the TellyTablet, a personal smart TV, available to its subscribers. The device comes with an eight-hour battery-life, four speakers and a 14-inch screen. The device will be available as part of a package with mobile devices from tomorrow for pre-order. “We were not happy that the full HD experience was being carried through to [existing retail] devices,” said Bouchier.

The large-format tablet is “made for binge-viewing”, said Bouchier.

While the V6 box is 4K UHD-enabled and Bouchier said that the box would enable viewers to access 4K content from Netflix and YouTube, he told Digital TV Europe that Virgin Media had no further plans to launch 4K UHD services at present.

“The box can do it. We know BT and Sky have 4K but they can’t create a price point that their customers are prepared to pay for. The step up from HD to 4K is not as great as it was from SD to HD. We can do it, but we are waiting to see. It has the Broadcom chipset in it that can do HDR. Broadcom need to do a new driver to all of their chipsets and we think that will come in the middle of the year,” he said.

Speaking about the V6 launch generally, Bouchier was keen to differentiate Virgin’s offering from Sky.

“This is an evolution. We want to bring our existing customers with us. We won’t have BBC1 seven clicks away and we don’t bury TV behind apps promoting products we want to promote,” he said, without specifically mentioning the obvious target of this barb, Sky’s advanced TV platform, Sky Q.

Bouchier said that the V6 was nevertheless “built for apps” and includes services such as Vevo and NBC’s Hayu as well as Netflix. “We are not just pushing our own products and services. We follow what our customers want.”

The box can record up to six shows at once, which makes Virgin “the market leader”, Bouchier said, adding that this had been challenging, and would be hard forrival players to emulate.

Bouchier said the box removed the problem of clashes around the home and a 1TB hard drive game ample room to store recordings.

The V6 can also stream to other devices around the home and can sync recordings to enable them to be viewed on smartphones and tablets.

The device comes with a new remote control is RF-based meaning it does not need a line of sight with the box. Bouchier highlighted the fact that the remote still has a “highly useful button called Guide”, in another dig at Sky.

Virgin Media has refreshed it TiVo-based UI. “We haven’t left our existing customers behind – the new UI has been downloaded to all existing TiVo boxes,” said Bouchier.

Long lists have been replaced with a tile-based mosaic type guide. Web services can be integrated into the guide to highlight special events-related content online. The guide includes access to box sets and other features.

Virgin Media has already trailed another key feature, Series Link+, which highlights on-demand episodes of shows in viewers’ personal TV folders alongside their recordings of recent episodes, for example.

“This is very clever and shows our open minded approach to taking in apps as well as linear programming,” said Bouchier.

The launch also includes a new TV Anywhere service. Viewers can use the app to set recordings, search via a tablet and swipe to the main screen, among other new features.

The V6 will be available to existing customers from before the end of this year. Top-tier customers can get it for £49.95 (US$62) upfront, while the standard price of the service is £99.95.  New customers will be able to sign up for the V6 from January.

The TellyTablet is available from £10 a month as part of Virgin Media’s mobile packages, or for £299 standalone.