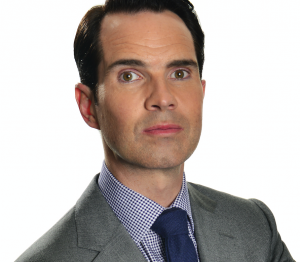 Original host Jimmy Carr (pictured) is confirmed as returning for the new show, which will run to 22 half-hour episodes and has FremantleMedia UK-owned Talkback attached as producer.

Leon Wilson and Ed Sleeman are executive producers, and each episode will be shot in front of a live audience in early 2017.

The format sees couples forced to compare their looks with other people’s – and ultimately each other’s – over a number of revelation-filled rounds.

“Your Face or Mine is a great lens through which to take a not-so-serious look at our image-obsessed culture in the age of Tinder and non-stop selfies,” said Comedy Central UK managing director Jill Offman.

“We’re delighted Jimmy has agreed to hook up with Comedy Central; we know our audience will ‘super-like’ his return with this classic gameshow format.”

“We’re bringing this hugely popular and much loved gameshow bang up-to-date for the Tinder generation,” said Wilson, Talkback’s MD. “It’s a devilish format perfectly suited to today’s swipe-right, swipe-left society, and we’re delighted that Jimmy will be guiding us through it.”

Your Face or Mine was originally broadcast on Channel 4 and sister net E4 in 2002.