Turner has acquired a business advisory firm, and handed its co-founders a remit to “accelerate the… marketplace transformation” of its cable channels TBS and TNT. 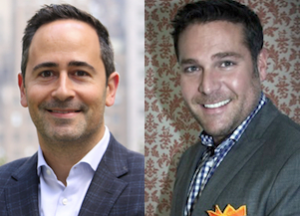 The acquisition of BRaVe Ventures will see its founders David Beck and Jesse Redniss taking control of a new business strategy unity, known internally as the Network Strategy and Innovation Team.

They will work across TBS and TNT to “identify forward-looking strategies and build new businesses”, with Beck as chief strategy officer and Redniss chief innovation officer. They report into TBS and TNT president and Turner Entertainment chief creative officer Kevin Reilly.

This is the latest move in former Fox programming chief Reilly’s strategy to transform TBS and TNT with “new programming aimed at a younger, more dual-gendered audience”.

He has made a number of programming hires to this end, but this week’s development is the most overt strategic decision yet.

Beck and Redniss are well known to top-level Turner staff, having worked on a number of initiatives for the Time Warner-owned broadcaster throughout the past two years. These include developing and launching eSports competition ELeague, which airs on TBS, ad sales data tool Turner Ignite, and social media optimisation took Launchpad.

“We founded BRaVe with a clear vision to help companies navigate the rapidly evolving and confusing entertainment ecosystem,” said Beck and Redniss.

“Turner’s leadership is both aggressive and fearless in their approach to dealing with these challenges. After spending the past two years deeply entrenched with their teams and helping them define their vision, we couldn’t be happier with this outcome. The speed at which Turner is bringing change to the marketplace is unprecedented, and our goal is to ensure that TBS and TNT reach tomorrow first.”

Before founding BRaVe, Beck worked at Univision as senior VP of social media, and also founded the US Hispanic broadcaster’s office of the CEO. Prior to that, he was at consultancy Bain & Company, where he aided Comcast.

Redniss has network experience through eight years at NBCUniversal’s USA Network, where he was senior VP, digital.

Financial terms of the sale to Turner were no disclosed.