‘Netflix of stand up comedy’ launches 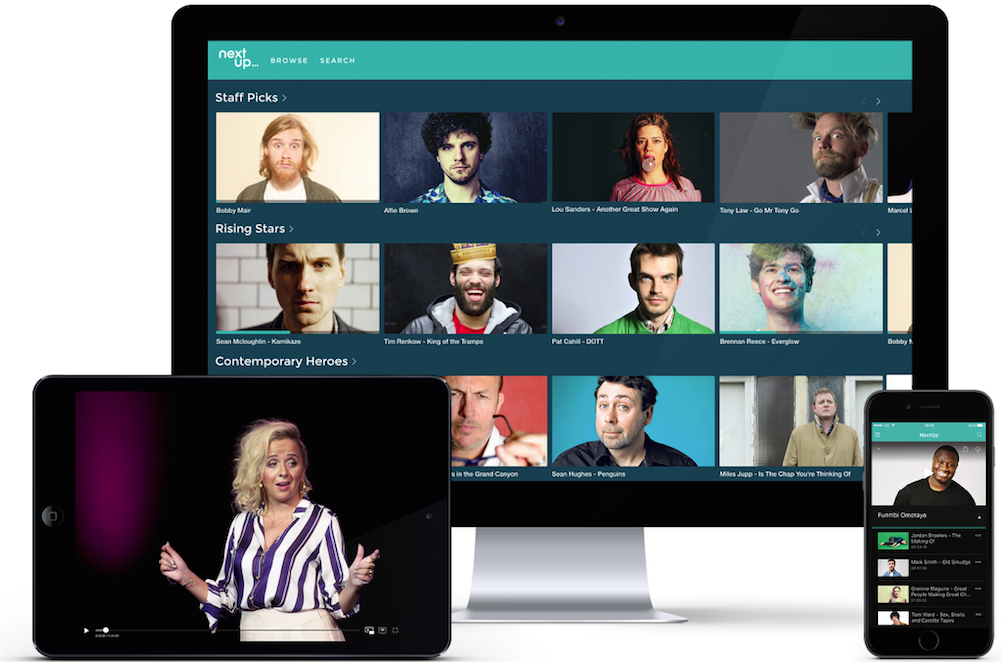 A new subscription video-on-demand service for stand-up comedy has debuted in the UK.

NextUp launched yesterday, offering comedy fans “a wealth” of recorded stand-up performances for £3.50 (US$4.35) per month.

They see it as a ‘Netflix of stand-up’, which can fill the void left by a decreasing stand-up comedy DVD market, and the focus on big-name comics on mainstream channels. It will be based in the UK, but available internationally, a spokeswoman confirmed.

They are being offered the opportunity to widen exposure in a British comedy broadcasting market that has become increasingly closed to alternative voices, and will also receive a percentage of the platform’s income for every view their content gets.

There will be links to ticketing info for acts’ live performances, plus competitions, voting options on future content, access to live shoots for the service, and exclusive editorial content from former Time Out comedy editor Ben Williams.

“The idea for NextUp arose because we as a team found it exceptionally sad that we would come to the Edinburgh Fringe every year and see incredible, lovingly crafted shows, which would maybe tour, but then disappear completely, with only a small handful of comics getting DVD deals,” said co-founder Sarah Henley.

“We personally know hundreds of people who would have loved to have seen those shows but couldn’t make it up to the fringe or don’t live in the towns the tours visit, and our research tells us there are many thousands more who feel the same.”