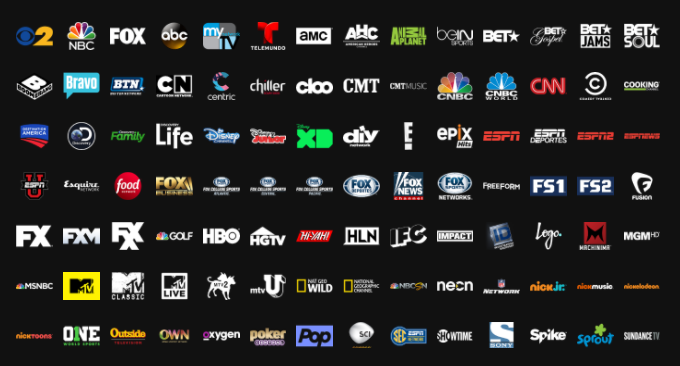 The Viacom channels will be taken off Vue from Friday (November 11), with new nets including BBC America and NBA TV added.

Vice’s Viceland and more local offerings from CBS and Fox will be added soon, Sony said.

The changes became apparent in a blog post by Dwayne Benefield, vice president and head of PlayStation Vue.

The Viacom channels being yanked number about 20 and include Comedy Central, Spike, Nickelodeon and MTV.

“At PlayStation, we always strive to provide the best value and service for our fans,” Benefield said.

“As part of our ongoing evaluation of the PlayStation Vue offering, we have determined that removing the bundle of channels from Viacom is the best way for us to continue to offer the most compelling value to our fans.

PlayStation has added Disney nets including ESPN and ABC to Vue this year, as well as HBO and NFL Network.

“As demonstrated by the new channels announced today, we will continue to expand the PlayStation Vue service by adding devices and networks that are highly requested by our fans,” Benefield said.