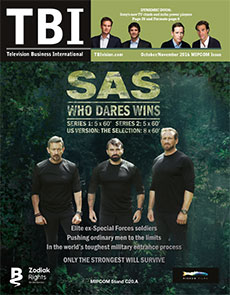 TBI Interview: Sony’s Zack Van Amburg and Jamie Erlicht, the new bosses of Sony Pictures Television tell Jesse Whittock about combining its US and international operations, and their future plans

Prepare to Launch: Sometimes overlooked, the job of effectively marketing new shows is pivotal to their success. TBI speaks with the execs charged with getting the launch strategy right

Indian entertainment: The Indian TV market is being shaken up by the combination of digitisation, streaming, fragmentation, 4G telephony and changes in viewing behaviour. Stewart Clarke talks to the channels

Lat Am Hot Picks: The best of the new shows, from edgy dramas to soapy telenovelas