Liberty Global CEO Mike Fries has said that the company will be “selective” about content investments, but hinted work is now underway with US studio Lionsgate on a string of shows. 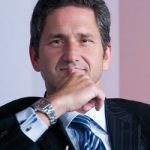 He also said that All3Media, which it co-owns, is developing “original scripted series for first-run on our SVOD platform”, after Liberty penned a major, cross-territory content deal with the production company in August.

“Unlike the US, we can be selective about when and where we vertically integrate with content investments because for us it’s really about national scale,” said Fries.

“In Holland, we’re the only home of Ziggo Sports, HBO and the most robust ‘replay TV and go’ apps in the market. In Belgium, our broadcast network delivers exclusive scripted dramas to Telenet customers.”

The Liberty CEO claimed that the company is well placed to take advantage of “where this business is headed” and claimed that “everything begins with connectivity” – stressing plans to connect more homes and up its mobile efforts.

“Fixed mobile convergence in our view is inevitable and we’re way ahead of the curve in Europe and already reaping the rewards,” said Fries.

“Now, while connectivity is king, I like to say entertainment perhaps is the Kong, if you will. We want our customers to connect and play on our platforms and we already deliver entertainment to 22 million homes in Europe.”

After taking its stake in Lionsgate last year, Liberty said that the investment will also create opportunities for Lionsgate to become “an even more important supplier of high-end premium content to our 24 million video and 18 million broadband subscribers.”

On completion of the All3Media deal, Liberty said that the production company will make four original drama series for cable platforms owned by Liberty.

The dramas will come over the next two years, and will be made available on-demand in Europe, Latin America and the Caribbean, it revealed at the time.