Liberty Global fell into the red in the third quarter. The company recorded a loss of US$249.5 million, driven by its US$436 million losses on derivatives, compared with a profit of US$133.3 million for the same period last year. 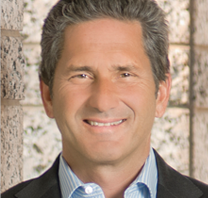 The international cable group nevertheless posted solid revenue growth, recording sales of US$5.2 billion for the quarter, up 1.7% on a like-for-like basis. Operating income was US$902.7 million, up from US$545.5 million.

Operating cash flow was flat year-on-year, with gains from operational growth offset by the decline in value of the Brexit-impacted UK pound.

On the operational front, Liberty Global’s European year-to-date revenue-generating unit additions were up 47% to 622,400, attributed to the success of quad-play and the group’s advanced video services. In Q3 the company added 27,000 customers, a two-year record, but net RGU additions were down on a year-to-year basis by 13% to 256,500.

The company had 26 million subscribers in Europe at the end of the quarter.

RGU additions were driven by the UK, where Virgin Media recorded its strongest RGU growth in three years, adding 92,000 customers, and Germany, where Unitymedia added 89,000 RGUs. The group was pulled down somewhat by its Dutch unit, which lost 11,000 RGUs. However, this was the lowest quarterly rate of loss in two years.

In terms of its video performance, Liberty Global added 278,000 advanced TV customers in the quarter, taking together the total of Horizon TV, Horizon Lite, TiVo Virgin Media and Yelo Telenet customers. Horizon added 155,000 to its base, including 79,000 in the Netherlands. The Horizon Lite service for legacy set-tops in central and eastern Europe expanded by 53,000. Virgin Media and Telenet added 67,000 and 3,000 next-generation TV customers respectively. Advanced TV platforms now represent 74% of the company’s overall European TV base.

Liberty Global Europe turned in revenues of US$4.3 billion, up 0.6%, for the quarter.

The group’s Latin American and Caribbean business added a net 27,000 RGUs in the quarter. LiLAC revenue increased by 190% to US$894 million for the quarter, driven by the acquisition of CWC, which nevertheless underperformed relative to expectations.

Liberty Global CEO Mike Fries said the quarter reflected “the acceleration in operating performance that we anticipated in Europe”, driven by quad-play offers and advanced video and OTT services.

“We are confirming our full-year 2016 financial targets for our European business, including better cash flow growth in Q4, but we expect to end up at the lower end of our 4-5% rebased OCF growth range due to the phasing of our new build programme and the impact of certain commercial initiatives in the UK,” said Fries.