Discovery building the ‘Netflix of sports’ 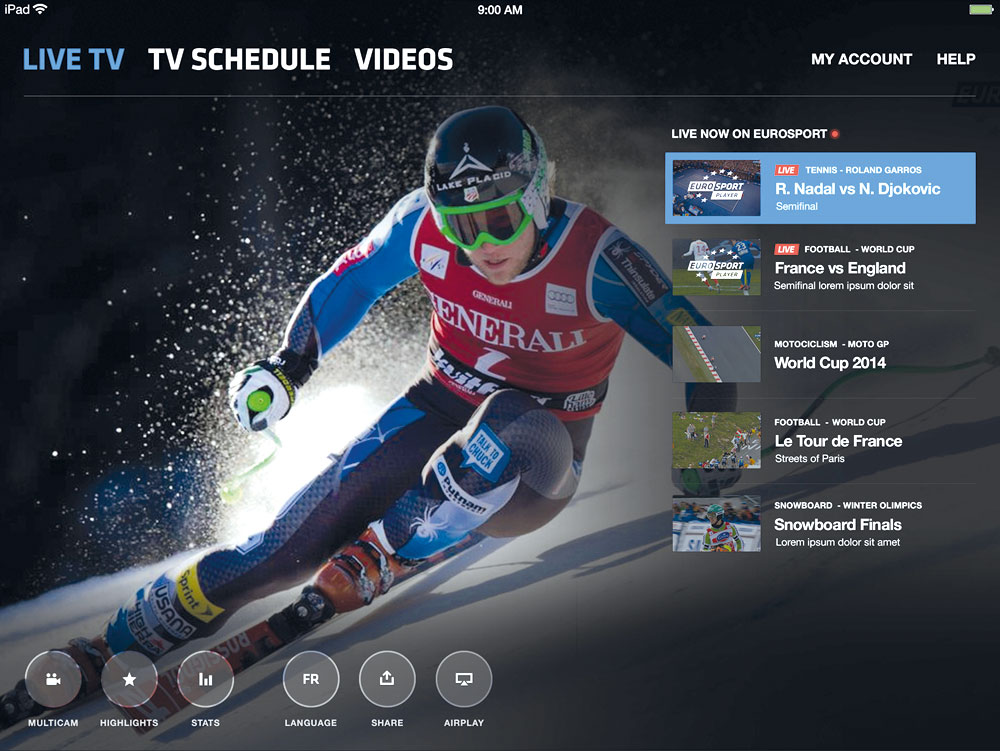 With Olympics and other rights in hand, Eurosport can become the ‘Netflix of sports’, according to parent company Discovery Communications.

Discovery CEO and president David Zaslav told analysts that owning the linear and digital rights to all Eurosport content opened up a range of possibilities.

“Because we own the sports content for both linear and digital, I’ve begun to think of this as an opportunity to build a Netflix for sports in Europe,” Zaslav said.

“Ralph joins us from the BBC, where he was responsible for all of the BBC’s digital media services, leading the implementation and operation of BBC iPlayer as it grew by over 300%,” he said.

“Not coincidentally, he delivered BBC’s first truly digital Olympic Games for London in 2012, providing solid in-house expertise as we get access to the Olympic rings on January 1 of next year.”

Outside of sport, Discovery has pushed into direct-to-consumer with its Dplay and Eurosport Player service in Europe and Zaslav said it is looking at how it can grow the D2C element of the business.

“We are exploring creating services for science, in the auto space, and for other niche genres in the US and around the world, additional direct-to-consumer opportunities, so our super fans can access our content where they want, on whatever device, whenever they want,” he said.

Discovery has dedicated science and car cable channels but will look at using content in these areas on new D2C services as well as on linear nets.

“When it comes to science our auto, that’s something we can offer globally and we can offer it direct to consumer, and we can offer it through distributors because we already are,” Zaslav said. “We have a huge amount of that content in language, and we’re just playing there with the best way to offer it.

Discovery reported worse than expected results yesterday, with the performance of the international division dragging down company wide revenues and profit. Zaslav was, however, positive on Discovery’s international business and said there will be strong growth over the next few years.

The company highlighted the fact it can drive better deals with operators with Eurosport in its channels bouquet, and noted new carriage deals with Liberty Global and Telenor.

Zaslav added that Brexit has presented real challenges in terms of the UK TV ad market and outgoing CFO Andrew Warren again highlighted the impact of the UK leaving the EU on the international business.

“Northern Europe was clearly heavily impacted by Brexit and other macro-related weaknesses, as well as softer ratings at our female skewing networks,” Warren said. “Trends, however, are improving in the fourth quarter, with all regions seeing improved results.”