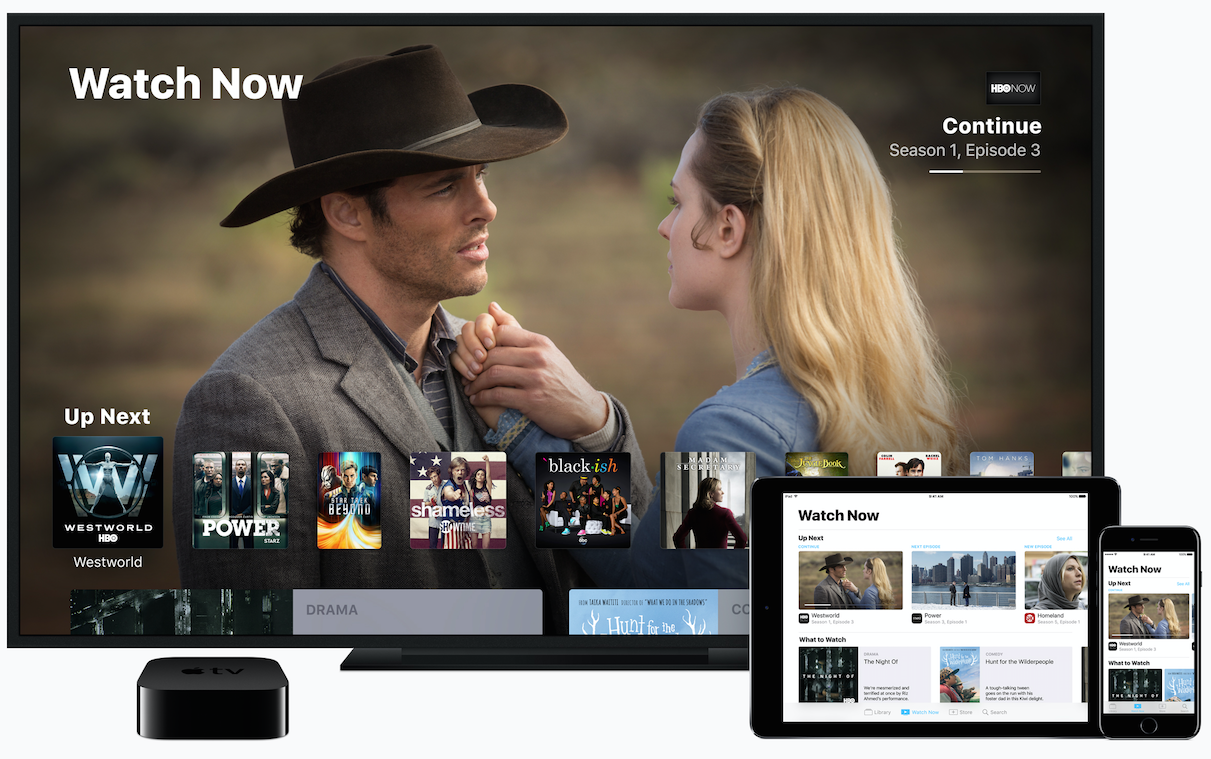 Apple has launched a new TV app, which allows users to access to a raft of content from numerous channels, but, crucially, not from Amazon Prime or Netflix.

The app effectively allows users to access all of their content, free and paid-for, via one service.

Apple unveiled it in the same week chief executive Tim Cook said the tech giant has an ‘intense interest’ in TV, and there is a “great opportunity” for the company to create and own content.

Speaking about the new app yesterday, he said. “It will completely change how you watch TV with your Apple TV, as well as with your iPhone and iPad.”

The new app, which is free and launches later this year, is an attempt by Apple to unify the many TV Everywhere and streaming services offering channels and programming in one place and access their content on iPads and iPhones.

Apple TV users can also use Siri to search for and watch live news and sport on their devices.

Users wanting to access the authenticated TV Everywhere services via the app will still need their cable log-in credentials.

The omission, however, of Amazon and Netflix’s services, means Apple users will not be able to access the two largest US OTT services via the TV app. Netflix is on Apple TV, meaning it could be added to the app, whereas Amazon’s Prime Video is not.

The Amazon-Apple relationship has been strained, with the e-commerce giant previously pulling Apple TV products from its digital shelves.

Apple is, meanwhile, moving into original content. It has acquired exclusive rights to James Corden format Carpool Karaoke this summer, and ordered an original reality competition series. It is also believed to be working on a six-part drama, Vital Signs, with rapper Dr. Dre.