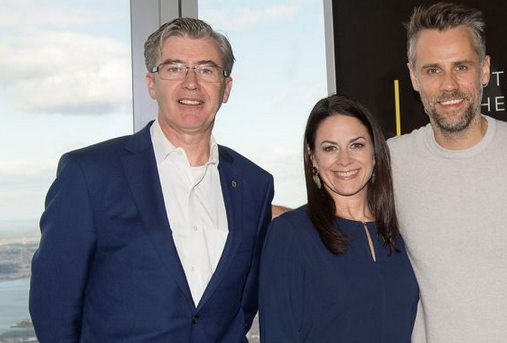 National Geographic is shortening the name of its flagship factual channel following a major rebranding exercise.

The rebrand, which unifies the different parts of Nat Geo under one name, comes into effect on Monday, November 14 at 9pm ET / 8pm CT. It will coincide with the premiere of the buzzy factual-drama hybrid series Mars.

“The truth of the matter is, [‘channel’] suggests a linear television destination, and increasingly that’s not the only place where people are consuming us,” said Courteney Monroe, CEO of National Geographic Global Television Networks.

Nat Geo, which is now under the 21st Century Fox umbrella, will also launch a new web series, Further, which is to tie in with a new global brand tagline of the same name. The Nat Geo magazine will also get a ‘Further’ section.

The move comes after the formation of National Geographic Partners under CEO Declan Moore after 21st Century Fox took majority control of its joint venture with NGS.

Marketing boss Monroe was then installed as chief executive of the channels business worldwide, after which the network has pushed into scripted programming in a big way. Yesterday, Rachel Webber was named digital chief at NGP, with Jill Cress taking on marketing.