Getting The Rights Exchange right 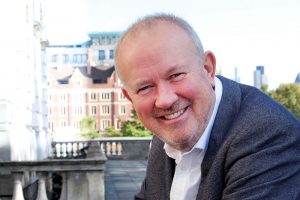 Rights trading platform TRX is now live across a chunk of Asia and central and eastern Europe, with more countries to be added by year-end.

Co-founder and chairman David Frank says TRX will launch globally by mid-2017, and at that point there will be over 20,000 hours of content on the platform – there’s about 10,000 today – and 1,000 registered buyers. This is about a quarter of the number who attend MIPTV, meaning a sizable chunk of acquisitions power.

TBI first saw the platform up and running 18 months ago, and several changes have been made since, notably as concerns the visibility of pricing information. Initially an eBay-like bidding system was envisaged, but it soon became clear that wouldn’t work for either the buyers or sellers. The latest version can also handle the kinds of variables that affect selling rights – holdbacks, packaging, windows and platforms – to mirror the way a modern sales exec works.

The soft launch (or ‘live beta’) in Southeast Asia, and parts of CEE, is ‘soft’ in that while real transactions are in progress, users can still unpick deals or amend them as they familarise themselves with the system.

“We identified the territories where the buyers and sellers are most likely to see the immediate benefit, where the buyers might struggle to get a meeting with a big distributor and the seller is not reaching the full buying community,” Frank says about the first wave of launches.

If the initial attraction to sellers is exploiting all of the catalogue and reaching buyers they may not otherwise see, over time the speed of transacting will emerge as a USP, according to Frank.

“There is not a single distributor that can say they are fully exploiting their catalogue everywhere that it is available,” he says. “But a broader benefit is you can get transaction time down across the board, which is good for cash flow and for visibility for schedulers, although it is a less tangible message than increasing your volume of sales.”

TRX has put together a team of seasoned executives, mostly from the TV business. One notable exception is deputy CEO Juliette Squair, a recent recruit from music rights business Audio Network.

The TV-centric nature of the team may have led TRX to overlook an area it will move into: feature films and feature film packages. Former ITV Studios and Shine International distribution chief Nadine Nohr is now overseeing the drive into movies.

“It’s being led by Nadine and came about because of two things,” Frank says.

“Buyer demand – they want movies, and on the sell side we found that rights holders could make them available.

“There was a misapprehension that films are a different commodity, and while you do need to tweak things, that process is not as dramatic as we thought.”

The next step is rolling out into more territories, with the full international launch scheduled for completion the middle of 2017.

Industry opinion is divided about TRX’s prospects. Ask buyers and distributors, and there is a split among those that think a well-executed rights trading platform is long overdue, and those that, perhaps feeling their jobs threatened, are happy with the status quo. Fitting into the former camp are European pay TV platform Sky and UK broadcaster Channel 4, which both invested in the business as part of its last funding round. David Abraham, CEO of Channel 4 (which has home entertainment and VOD sales, but no TV distribution business outside of the UK and Ireland), said at the time: “In post-Brexit Britain, it’s even more important for the UK’s creative industries to have access to innovative ways of trading across the globe.”

With Sky and Channel 4 contributing to a £5.2 million (US$6.7 million) funding round and current investors having an opportunity to sink more into TRX, it is funded through to 2018. Tentatively, Frank estimates the back end of 2017 or early 2018 for breakeven.

He accepts people need to be convinced. “If I was a distributor, I would say I need proof this works,” he says. “A typical conversation we have with a distributor is along the lines of us saying ‘Put up some programming that has been undersold and let us demonstrate it will sell’.”

With the TRX roll out proper coming next year, whether buyer and sellers will adapt to a new way of doing business is about to be put to the global test.