A first-timer’s (re)view of MIPCOM

So Drive made its virgin trip to MIPCOM as a distributor this week; full disclosure, we have been travelling to Cannes as a presales and co-pro agent since 2013, however this market we launched our finished programme catalogue and joined the company of several new distributors in this newly evolved world of rights exploitation. 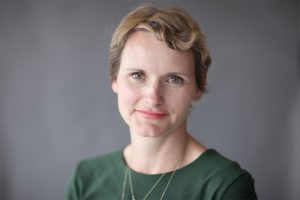 Both myself and my business partner Ben Barrett have run distribution companies in the past – however, we existed in a different universe, where email was still a novelty, mobiles had aerials, VHS & DVDs were still marketing material of choice and fax machines were agogo.

The digital age has liberated us from many of the cumbersome and expensive aspects of distribution and we can now travel to the market with an iPad full of Vimeos, rather than a suitcase of DVDs. And we can call wayward buyers on their mobiles when they have ditched our meeting for a boozy lunch on the beach.

No one is at MIPCOM to waste anyone else’s time. Everyone is there to do business and they have a clear picture of what they want to achieve whilst there.

What strikes me most about the market now is that no one is there to waste anyone else’s time. Everyone is there to do business and they have a clear picture of what they want to achieve whilst there. Gone are the pony tailed gentlemen with their perma-tans and rhinestone wheelie bags, pitching formats to anyone who will listen.

Distribution is now a very serious concern and rights exploitation sits at the heart of most businesses.

The next generation of distributors have evolved out of the recession of 2007/8. We’re wary of high overheads, (cavernous stands, excessive parties, four figure dinner bills)… and the market is seemingly happy to welcome us. The PACT Indies stand was packed this week and a large proportion of the tables were dominated by new distributors, all with saturated schedules and deals clearly being done.

In the same way that ambitious scripted, big events and feature docs are back in vogue, there is a definite movement towards noisy formats

There are also players in town who didn’t exist when we were last in distribution, SVOD and VOD buyers being the most prevalent – Netflix in full force, Amazon, Youku – We met with a handful but were aware that there were many more from around the world that we have not yet heard of or met.

There was much discussion between SVOD services and their opportunities for serving local markets. Something Drive spent considerable time exploring during meetings was how SVOD services and traditional broadcasters are tackling and sharing these rights, some territories being more flexible than others.

The discussions around VR continue and investment is seemingly flooding into this business.

Branded content also seems to have evolved somewhat and agencies such as Group M and Kremplewood are attaching themselves to series’ via production funding more frequently. The question will be whether the bartering for airtime sales model can migrate and work across different territories.

The next generation of distributors have evolved out of the recession of 2007/8. We’re wary of high overheads, (cavernous stands, excessive parties, four figure dinner bills)… and the market is seemingly happy to welcome us.

Without a doubt the Mipcom 2016 marketing dollars were almost exclusively being spent on drama (the 21st century TV vernacular being ‘scripted’) with a few choice formats such as Curvy Supermodel attempting to steal the limelight.

However, it does feel as though factual/non-scripted is carrying on regardless and proving to be a less risky and more long-term investment.

There was much talk of the trend towards true stories feeding into scripted and hybrid series such as Nat Geo and Ron Howard’s Mars have got everyone thinking. The blending of narrative storytelling & docu drama is de rigeur and illustrates the distance factual has travelled during this golden age of drama. Genres are indeed blending.

Meanwhile big, factual events are enjoying a renaissance as are feature docs, undoubtedly as a result of Netflix and the proliferation of channels. Press appeal is still king and any idea that attracts comment and headline-grabbing coverage on launch both locally and elsewhere is highly sought after.

In the same way that ambitious scripted, big events and feature docs are back in vogue, there is a definite movement towards noisy formats such as Man Birth.

The reason for this is likely to be the same as with other genres – they elevate a channel’s schedule above the parapet and offer a chance to secure the attention, albeit fleetingly of that ever elusive millennial audience.

Whilst Brexit offers an uncertain future for many aspects of the business, for now we are keeping our heads down and enjoying the export dividends of a week pound.