Netflix has reported better than expected results, with quarterly revenues topping US$2 billion for the first time.

Summer hits Stranger Things and Narcos drove the growth, and investors rushed to back the US streaming company in pre-market trading after a period of share price volatility.

Speaking to analysts in the wake of the third quarter results, Netflix bosses said they will continue efforts to localise its international services and will push more heavily into unscripted originals.

The company does not break out country specific subscriber numbers, but reported 33.9 million subscribers across its international footprint, compared to 24 million at the same point a year ago. The SVOD operator said it expects to hit 40 million by year-end and cited its original drama series as the reason for its growth in the quarter.

In the US subscriber numbers hit 46 million compared to 42 million a year earlier. Quarterly US revenues were US$1.3 billion versus US$1.1 billion and international delivered US$853 million versus US$517 million across the same period. The quarterly loss from international was marginally up at US$69 million. 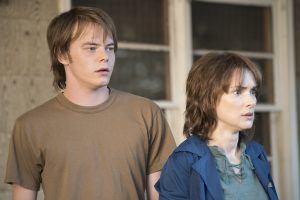 “I would say we’re having broad success around international,” Reed Hastings told analysts. “We’re continuing to make those investments. We’ve got a lot of room to go to improve the service.”

Addressing the effort to localise its service in specific markets, the Netflix chief said: “We’ve only just now localised Poland and Turkey. That brings us up to 22 languages. YouTube is at 50. So we’ve got a long way to go in that localisation effort.”

Content boss Ted Sarandos talked up the benefits of producing its original programming in house as it did with hit series Stranger Things. “I think when we see something like Stranger Things come across, it doesn’t come with the studio mark-up attached,” he said. 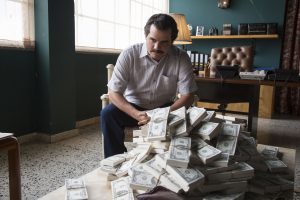 “That is just purely expenses not on screen and the other is much, much more flexibility in terms of the rights that we have  – and how we continue to exploit and how we continue to maintain exclusivity – but we’re not seeing the content going to other markets in the syndication, in DVD and elsewhere, against our wishes.”

The streaming service will increase the volume of original content from about 600 hours in 2016, to 1000 hours in 2017. Its programming budget will top US$6 billion next year. As well as more, and returning, original drama series, there will be more unscripted programming on the OTT service.

“Being able to have a good steady flow of high-quality unscripted programming is something we want to focus on because I think we can do it well and efficiently,” Sarandos said.

Netflix said a China launch is unlikely because of a challenging regulatory environment and it will concentrate on licensing its content in the country rather than roll out a full service.

The streaming service added it will continue to strike deals with pay TV operators, having already struck agreements with Liberty Global and Comcast.

Rumours have been circulating The Walt Disney Company has assessed buying Netflix, but nothing concrete has yet emerged.