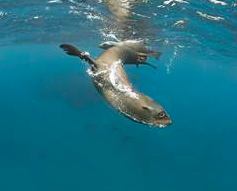 Ocean is a 7x50mins series set to deliver in 2017, which follows on from Blue Planet. It will use new filming techniques such as gryo-stabilised aerial camera system, remotely operated submarines and marine tracking techniques to capture sealife.

BBC Worldwide, which is selling Ocean internationally, will give buyers an exclusive look at the show tomorrow (October 18) in the Palais des Festivals in Cannes at MIPCOM.

“The landmark series Ocean perfectly fits into our wildlife-slot “Adventure Earth” with its long tradition of marine programming. Oceanic sciences have made great strides in the last decade so we can expect many new discoveries, species and behaviours, filmed in a new way,” said WDR commissioning editor Gabriele Conze.

The German channel’s sales arm, WDR Mediagroup, has sold format rights to its format, Autumn Tingles, to YLE, which is planning a 6x25mins series through local prodce Kaiho Republic.

The show sees professional actors of senior age who have been prepped with characters go speed dating to create bizarre interactions.