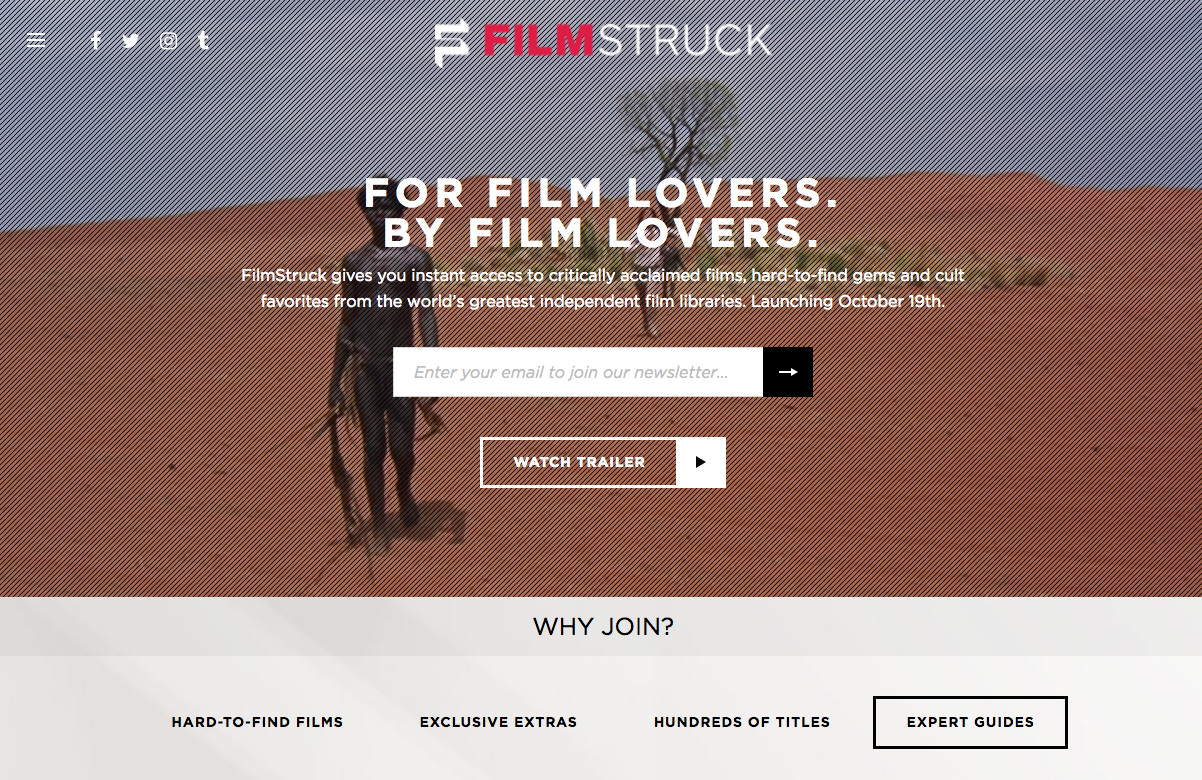 Developed and managed by Turner Classic Movies in collaboration with the Criterion Collection, FilmStruck is due to launch in the US on October 19 targeted at a niche audience of devoted film fans and cinefiles.

FilmStruck will cost US$6.99 per month and offer hundreds of hard-to-find and critically acclaimed films, alongside bonus content, filmmaker interviews and rare footage. New titles will be added weekly.

From November 11, the service will also be the exclusive streaming home to the Criterion Collection’s film library, adding a second subscription tier. The
FilmStruck plus Criterion Channel subscription will bepriced at US$10.99 per-month or US$99 per-year.

“Turner smartly identified a strategic way to move into the direct-to-consumer business by creating an over-the-top offering that was additive to the TV landscape, with programming not readily available in thestreaming marketplace and that was completely differentiated from what TCM already offers,” said Coleman Breland, president of Turner Content Distribution and TCM.

Jennifer Dorian, general manager of TCM and Filmstruck said: “By combining the expertise at TCM and the Criterion Collection, two of the leading authorities in film preservation and history, we have created something really special that is a must-have for passionate film lovers.”

Among the critically acclaimed titles to be featured on FilmStruck are Blood Simple, Blow-Up, A Hard Day’s Night, Metropolis, Moulin Rouge, A Room with a View, Seven Samurai, The Seventh Seal and The Umbrellas of Cherbourg.