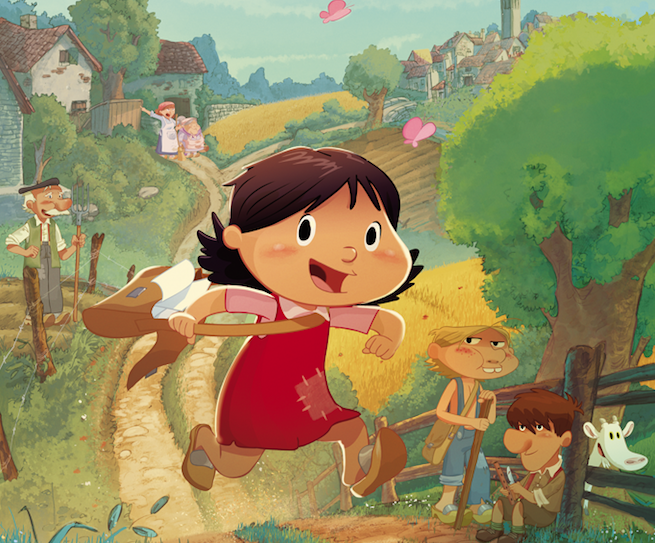 As with its previous effort, the madcap Zoli & Pokey, 2 Minutes’ Memories of Nanette takes its inspiration from a series of comic books.

The France-published series has been adapted as a 2D project for French net M6, with Germany’s NDR subsequently coming on as a copro partner.

Several broadcasters, including M6, formally expressed early interest in the series, allowing it to qualify for Creative Europe funding. Switzerland’s RTS was one of these and has now prebought the show.

Set in the 1930s, the cartoon follows Nanette, who is almost nine, as she moves from the city, swapping metropolitan living for a rural life. The series plays out over a year, with the backgrounds and seasons changing through its 52x11mins run.

One difference between series and comic is that the latter portrays Nanette as a grandmother, relaying tales of her youth, whereas the series featurs a younger version of the character.

APC Kids, the children’s arm of finance and production group About Premium Content, is selling the project internationally, having already set up the NDR copro.

There will be two finished episodes, translated into English, at MIPJunior, with another 13 to follow by the end of the year and the full series delivering next summer.

Kids are fascinated by the days before cell phones and video games, says APC Kids’ Lionel Marty. “We’ll look to pitch it to public broadcasters at MIPJunior, as they are our target in the international market,” he says.

“There are broadcasters out there that want something different to the fast, slapstick animated shows. This has both adventure and humour, but a different tone, and a beautiful, classic setting.”