They are part of a fact-ent slate comprising three projects, each from indie producers and each originally commissioned for BBC Worldwide’s revamped global channels.

UK indie October made the 10x50mins series. Ahead of its BBC Brit launch, October chairman Denman Rooke told TBI: “It’s real people doing real stuff with real cars; it’s not some rich blokes messing around in supercars they have been given – it reflects what real petrol-heads are into, and what they are doing.”

Clips are used as the basis for stunts and video segments for the studio-based team, but unlike the slick, shiny-floor element on Top Gear, it is designed to have an grittier look and feel. 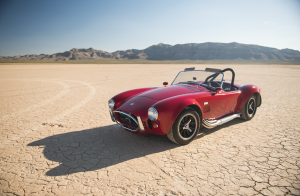 “It has a look we call ‘slovenly grunge’,” said Rooke. “It’s the antithesis of the shiny-floor look on Top Gear; this is more down-at-home. It definitely has oil under its fingernails.”

Million Dollar Car Hunters follows life at RM Sotheby’s, the world’s biggest car auctioneers as the team there unearth classic vehicles and put them up for sale.

Like Motorheads, it is 10x50mins and was produced, by Waddell Media, for Worldwide.

Series producers Simon Everson and Jon-Barrie Waddell will be in Cannes to meet buyers and promote the show.

The third big fact-ent launch for Worldwide at MIPCOM will be Ice Town: Life on the Edge, from indie prodco Hello Halo for the BBC Earth channel.

The ob-doc follows a diverse range of expats living in Svalbard, the Norwegian town notable for being the most northerly in the world.