Viacom and CBS have formed special committees to explore combining the two companies. 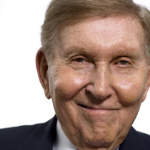 National Amusements, which owns controlling stakes in both firms, last week urged the pair to look at merging.

Viacom responded by forming a special committee that comprises independent directors Thomas May and Nicole Seligman, who will act as co-chairs, and Kenneth Lerer, Judith McHale, Ronald Nelson and Charles Phillips. CBS has confirmed it had created its own exploratory board.

The Viacom board is largely made up of executives picked by National Amusements president Shari Redstone, who was victorious in a bitter court room battle with former Viacom chairman, CEO and president Philippe Dauman earlier this year.

Viacom’s share price has sunk over the past two years, with its cable networks suffering from low ratings and film studio Paramount struggling against rivals. CBS has fared much better under Les Moonves, with the broadcast network remaining strong and international business bringing in revenues.

Viacom and CBS had operated as one company between 1999, when the former bought the latter, and 2006, when they split in order to create more value from their respective stocks. The original Viacom became CBS Corp., with the cable business taking on the Viacom branding.

Viacom is in the process of hiring a new CEO, following the departure of Dauman and his interim replacement, Tom Dooley. However, the merger process has now become the most pressing issue, meaning the search will have slowed while the boards explore other options.

National Amusements is the holding vehicle of Sumner Redstone (pictured).