Getting the right rights at the right price. That’s the challenge for distributors in a crowded market. 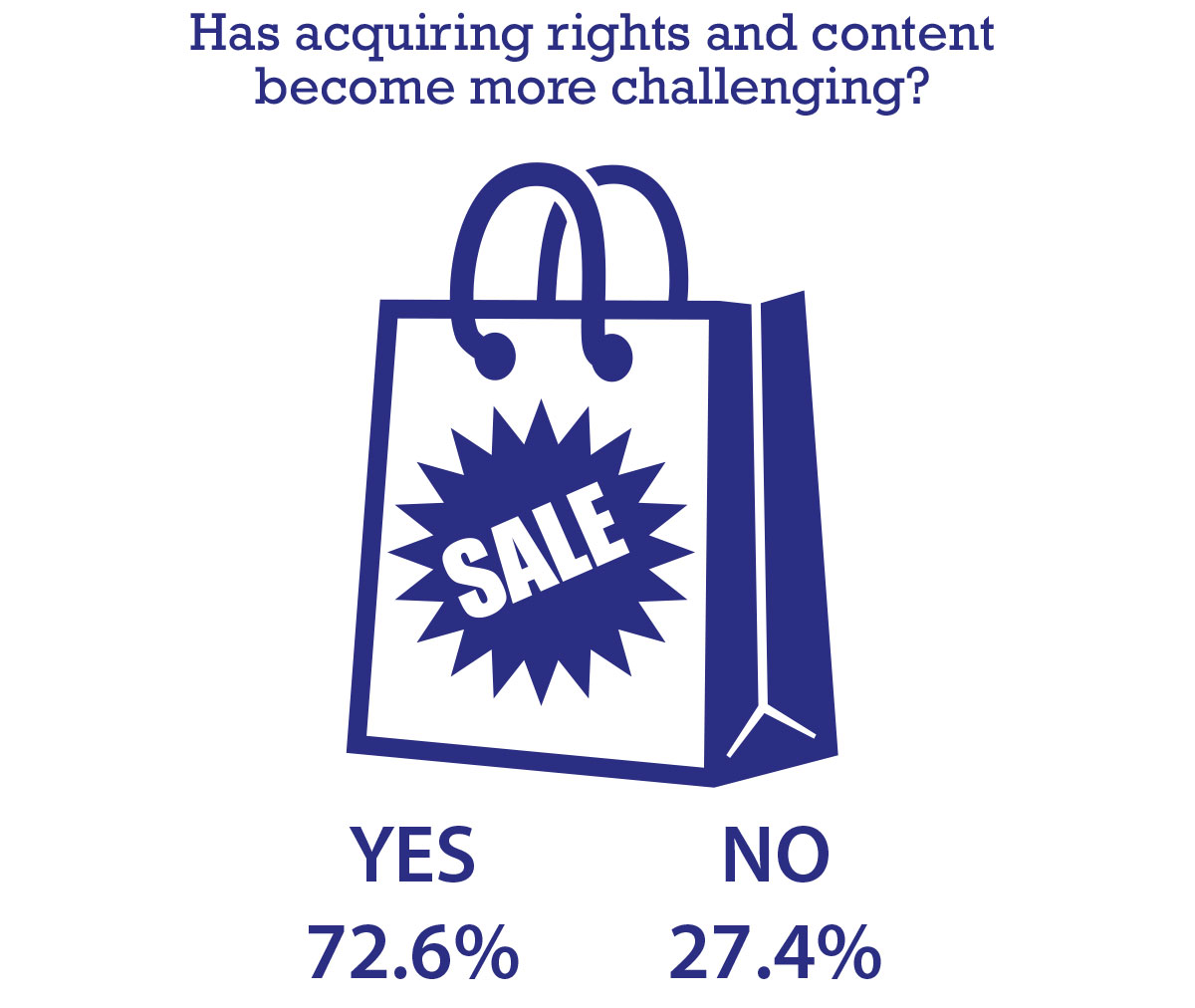 Programme sellers agree the fight for rights is fiercer than ever, with the need to invest more money, and early in the process, considerations that need to be balanced against the risk of overpaying.

Jyotirmoy Saha from Asia-based August Media sums up the fundamental challenge. “It has become quite difficult to negotiate these days as the demand for content is really high and there is not enough supply of good content,” he says.

The supply is blocked by the vertically integrated giants that produce, distribute and, in some cases, have channels too. By genre, drama is the most fiercely contested in terms of rights and has the biggest price tags attached.

In the US, big channel operators including AMC Networks and A+E Networks have set up their own production units to guarantee their nets get content and sales arms get rights.

“It’s a much more competitive market with a lot of larger players competing for the best in every genre, though scripted is, of course, the most competitive,” A+E says in its submission.

“We are in a good position, in that A+E Networks operates its own studio, A+E Studios. We produce high quality proprietary content, which has been very successful for us since we launched, with such projects as Roots and UnReal, and coming this market, Six and Knightfall.”

One recurrent theme among respondents was the need to get involved earlier on in the development and production cycle. “Content is king, and securing the best content early on is vital and can be costly, but this is the price to pay to keep an edge against competitors,” says Terranoa’s Isabelle Graziadey.

“Yes, much content is attached early to particular broadcasters and distributors,” says Entertainment One Television’s Stuart Baxter. “We ensure we land the content we want by getting involved at an earlier stage with unattached producers, and invest as a creative and financial partner as well as through first-look deals and other partnerships.” 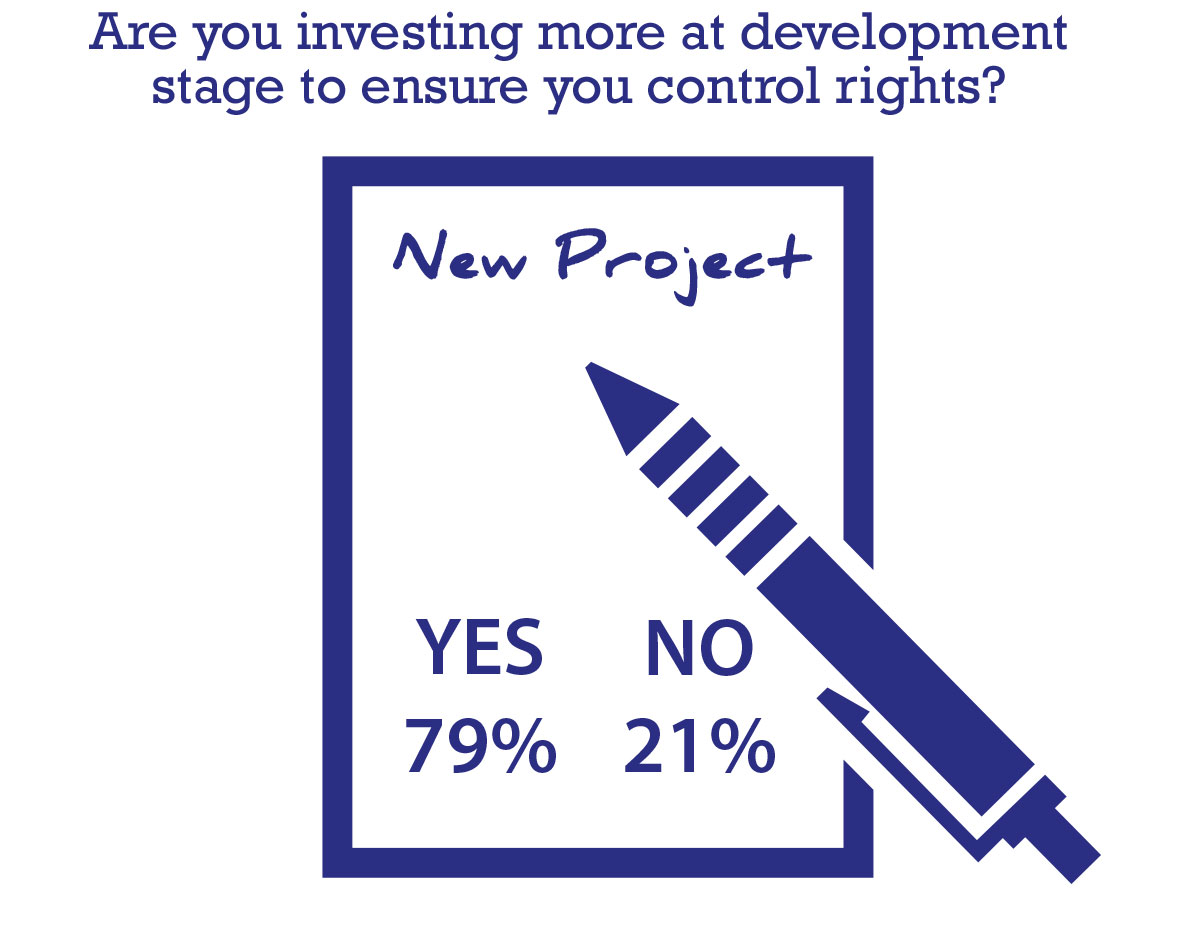 Dynamic’s Dan March says: “It’s even more competitive, so we must play a larger role early in development.”

The biggest players have locked in a lot of content, and BBC Worldwide now has a matrix of distribution and investment deals with producers – only this week it upped its stake in War and Peace prodco Lookout Point.

“Beyond in-house, our focus has been on building strategic relationships with great producers rather than chasing on a title by title basis,” says Worldwide’s president, global markets, Paul Dempsey. “Sought-after content requires complex international financing which we excel at, so we are often involved early in the cycle.”

Outside of the major distributors – the likes of the studios, BBCWW, ITV Studios, Endemol Shine International, All3Media International and Zodiak Rights – the sell to content owners remains that your content will be better represented when it isn’t lost in a huge catalogue.

“As a growing medium-sized distributor we often find ourselves up against larger players,” says Content Television and Digital’s president Greg Phillips. “What sets us apart is a drive and commitment to deliver a personal service and support that carries on throughout the lifecycle of a programme.”

For the boutique players, it’s a case of choosing your battles. “There’s a lot of vertical integration going on and this, of course, has made the available content pipeline tighter. Our strategy has always been not to compete, but to offer a different choice, a credible alternative,” says Karen Young, who runs Orange Smarty.

Tim Hegarty of Australia’s ACTF says: “Get the offer right! And that’s not just about the money or advance. It also includes how much attention – and dedication – you can give to someone’s property.”

For Armoza COO Amos Neumann, it is about building a profile that people recognise. The company secures rights “by creating a strong brand name that people trust in and acting accordingly”, he says.

Advances are part of the business, but a real risk highlighted by many in our survey is overpaying. FremantleMedia International’s Jens Richter says companies need to be “careful not to overpay for content” in the current environment.

Indie distributor boss Jon Kramer, from Rive Gauch Television, says: “There are a lot of companies acquiring product at a price they can’t make any money from.”

Former Cineflix Rights boss and founder of indie distributor TCB Media Rights Paul Heaney says modern-day distribution is cut-throat and high-pressure… but fun nonetheless. “It is indeed a bear pit regarding rights/programme acquisitions, but a fun bear pit,” he says.

“There’s plenty of content out there, but TCB has to keep ensuring we get the best stuff from the best producers. We’re doing okay so far, but if a distributor takes its foot off the gas they’ll notice six months later when the flow of content stops.”