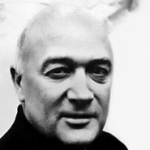 Fraser (pictured) has edited the acclaimed Storyville documentary strand since its inception 17 years ago, and been involved in more than 340 films over the course of his career.

He is now joining doc-focused SVOD service Yaddo, which will compete in the same space as thematic services CuriosityStream, Xive, and Netflix, which is spending big on blue-chip originals such as One Planet.

Fraser has worked on docs such as Man on Wire and One Day in September, and was also behind media events such as WHY Democracy? and WHY Poverty?.

“I’ve had such a fantastic time at the BBC,” said Fraser. “Creating and sustaining Storyville has been more than I could ever imagine in terms of a fulfilling career. I really do think that the BBC is the greatest broadcasting organisation in the world.

I’m sad to go, but I truly believe that nothing ever really comes to an end and I hope that I can continue to make fresh and exciting films and to work with the BBC in my new role.”

Kate Townsend, Storyville’s executive producer, will assume responsibility for the strand in the interim as a full-time replacement is located.

“Nick’s global reputation as a sponsor and supporter of the very best in documentaries is more than deserved, and the reach of his intelligence and curiosity is unending,” said BBC Four channel editor Cassian Harrison. “We look forward to watching the fruits of his new endeavours, and he will always be a friend of the BBC.”