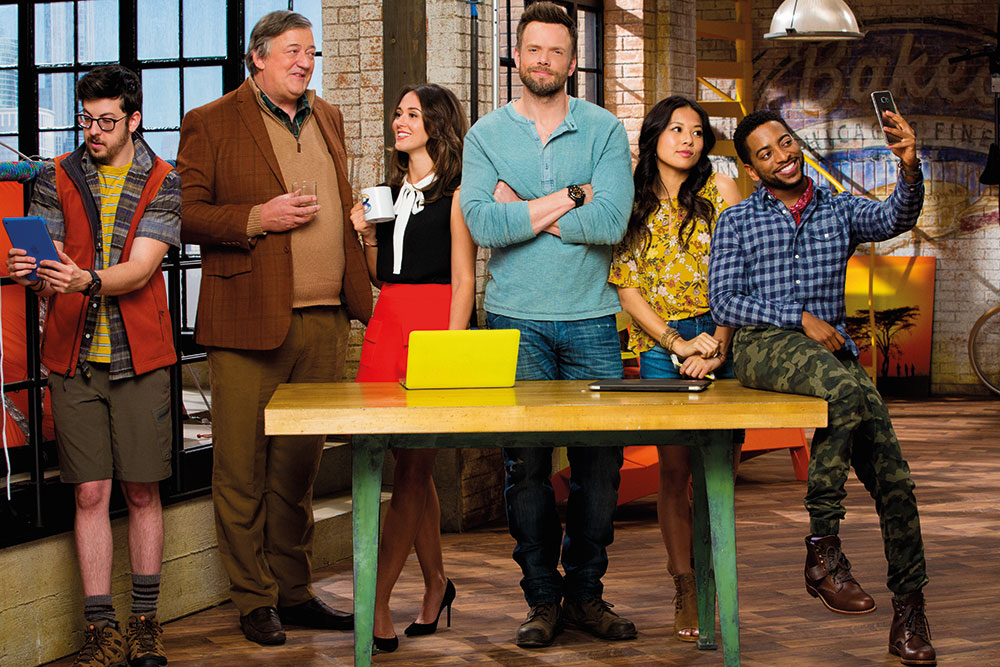 The comedy, about an intrepid adventure journalist getting to grips with modern digital publishing, was an unexpected hit with buyers at the LA Screenings in May this year, prompting commercial broadcaster ITV to swoop and claim first window broadcast and VOD rights.

“The Great Indoors was hands down my favourite sitcom pilot for the new US season, successfully treading the line between sweet and sharp, warm and witty,” said ITV’s head of acquisitions, Sasha Breslau.

The sitcom stars Joel McHale (Community) as a reporter who struggles to control a team of millennial-age, digital journalists after returning from years in the field, with Stephen Fry (Sherlock) and Christopher Mintz-Plasse (Superbad) also regulars.

“The Great Indoors combines a cast of fresh and experienced talent, with a creative team that has worked on some of television’s best known comedies, for a dynamic take on the modern media workplace,” said Stephen Tague, senior VP of Europe for distributor CBS Studios International.

CBS Television Studios produces the series, which comes from writer Mike Gibbons. Global in Canada has already acquired the show, which debuts in the US on October 27.

TBI included The Great Indoors as one to watch in a post-LA Screenings round-up.