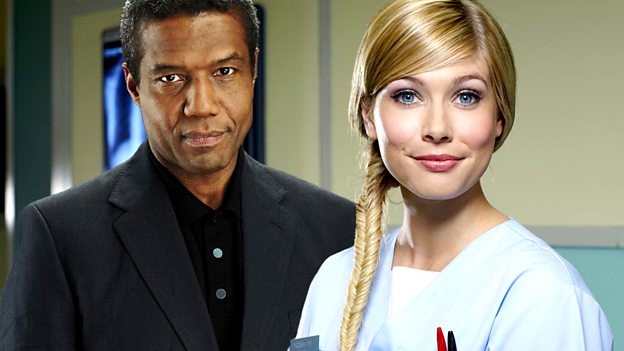 The BBC is putting some of its key series out to tender as part of a plan to open up commissioning.

The first batch will be released within weeks with BBC quiz show A Question of Sport, religious series Songs of Praise and medical drama Holby City (pictured) the first three programmes that indies and third parties can compete to make. Producers will also be able to pitch ideas for the Horizon science strand.

“Existing BBC Worldwide distribution rights will be unaffected by the tendering process,” a spokesman for Worldwide said, with producers will be brought in on a work-for-hire basis. This means that prodcos will not be able to retain any international rights for the programming they make as a result of winning a tender, with these remaining with BBC Worldwide. The UK Terms of Trade enable producers to retain rights but do not apply in this case, as these shows were created by the BBC.

In the US, indie producers can make good margins and generate decent returns on service work given the size of US TV budgets. In the UK, most indies seek to exploit rights internationally, as work-for-hire is less lucrative.

The commissioning changes comes against a backdrop of the UK pubcaster launching BBC Studios, a new production division that will seek to make programmes for both the BBC and third parties.

As part of what the BBC has labelled its ‘Compete or Compare’ strategy, it will remove guarantees that programmes will be made by its in-house production division, putting the shows out to tender.

The BBC and indies trade body Pact agreed a deal last year whereby the Corporation agreed to remove 40% of in-house guarantees in genres in which BBC Studios works, over two years.

The new draft BBC charter went further and has tasked the BBC with opening up 100% of commissioning by the end of the Charter period, with the exception of news and current affairs.

Practically, the BBC said it will put out programmes to tender in batches, with each show having its own tender process within that.

“We are incredibly proud of all these titles and our decision to put them to tender in the first batch is a pragmatic one, so we can move quickly,” said Bal Samra, managing director and commercial director, BBC Television.

“These are BBC shows that will still be on BBC channels and we will still own the rights. We have nurtured and cherished them over many years, our audiences love them and they are precious to us, but we hope the tendering process will offer an opportunity to test value for money and ensure we are delivering the very best programmes for viewers.”