Youngest gets order for Game of Clones 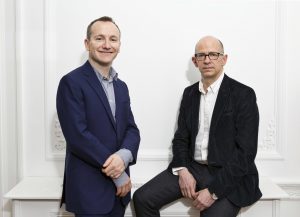 The Channel 4-owned digital channel has ordered a 20x30mins run of the show, in which singletons create their perfect match as an avatar and then are paired off with ten real prospective partners who have a similar look.

The dopplegangers then enter a house with the singleton who sets them challenges and eliminates them based on their performance.

Flynn said: “It sounds like any singleton’s dream, to create your perfect partner in avatar form and then get to live with ten of them. However with looks out of the equation our singleton will have to work hard to uncover the personality they’re most attracted to.

“It’s a whole new twist on the dating show genre which combines everything we’re about at youngest Media, cutting edge entertainment that we hope will surprise the audience.”

This series was commissioned by Dom Bird, head of formats at Channel 4, who said: “Game of Clones is a great addition to E4’s growing slate of entertainment shows. Given the opportunity to date a houseful of perfect partners, this series promises to delight our singletons as well as our audience.”

Lucas Church was CEO of Endemol Shine UK and David Flynn was chief creative officer of the same branch of Endemol Shine. They created privately-backed Youngest earlier this year.