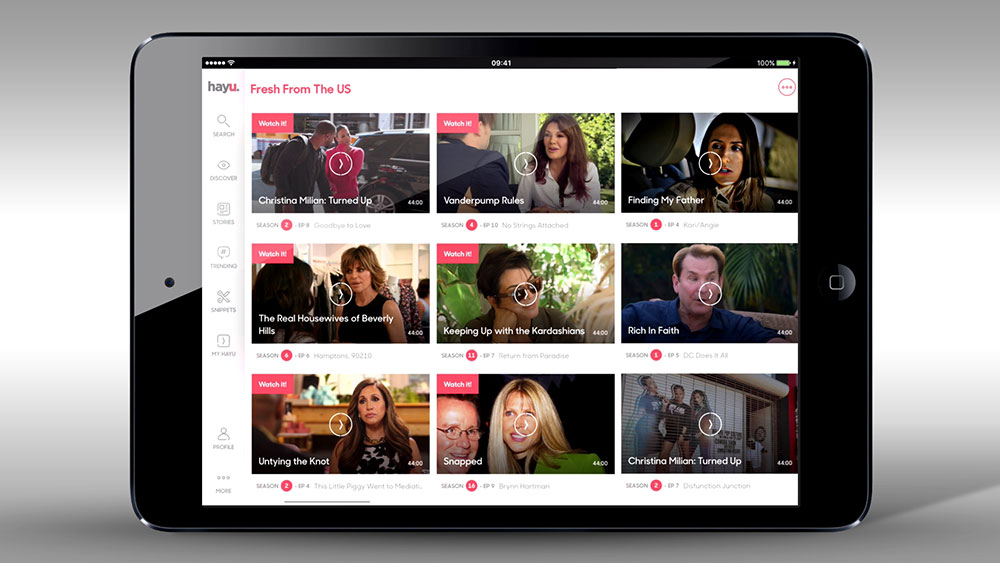 Speaking at the IBC conference in Amsterdam, Netherlands, McDermott announced offline viewing was being added to the Hayu app, and it was also launching on Apple TV.

“Reach and distribution are the next things you will see from us, we want to be in more places and on more platforms,” the Hayu boss told TBI.

Hayu is in the UK and Ireland and Australia, and while McDermott would not specify the next launch territories, the fact it delivers US reality content on the same day as its US TX means English-language markets are easier to launch in as they do not require dubbing or subtitling.

In terms of platforms, Hayu is carried on Virgin’s premium tier in the UK and on Foxtel in Australia. The future rollut of the service will see the same mix of direct-to-consumer launches and partnerships with pay providers.

In terms of the performance of Hayu after five months, McDermott said customers skewed younger than NBCU expected, and that it had been surprised by the number of men signing up to the service, which is entirely programmed with reality fare, largely from NBCU channels including E!, Bravo, and Oxygen.

Other insights included when people are watching Hayu. “We’re seeing the emergence of a new primetime, which is mornings 9-11pm,” McDermott said. “There is a clear trend whereby people are watching in the mornings, especially on Mondays when new episodes often become available.”

Given the snackable nature of the reality content, McDermott said the offline viewing was a key advance, and a differentiator, given the only other on-demand service to offer this is the BBC’s iPlayer.