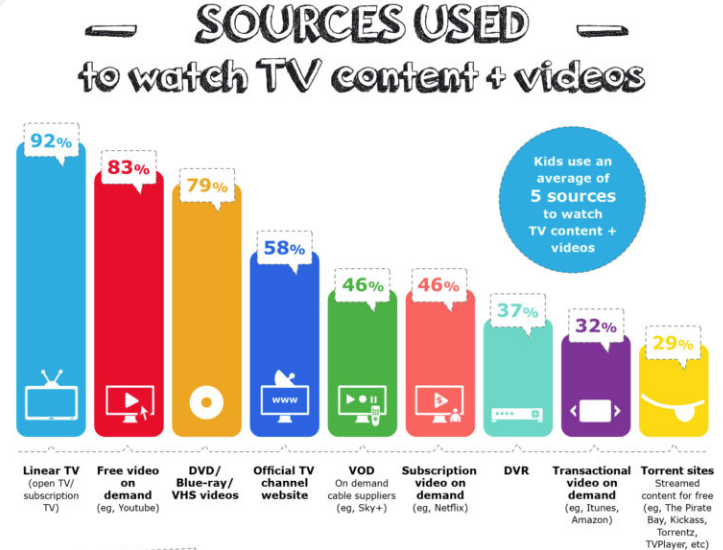 Linear TV is still the most popular way for kids to consume video content, according to new research from Nickelodeon owner Viacom.

Its latest International Insights research shows that around the world kids use an average of five sources to watch TV and video content. Of those surveyed, over 90% said they regularly watch linear TV.

Programmes delivered via the official websites of channels ranked as the fourth most popular way to engage with content, ahead of the VOD services of pay TV platforms and then the likes of Netflix and the other SVOD providers.

Viacom’s analysis covered kids 4-to-11 in Australia, Brazil, France, Germany, Italy, Malaysia, Mexico, the Netherlands, the Philippines, and the UK.

“Nine out of ten kids [92%] internationally use linear TV to watch TV and video content,” Viacom noted in its research. “Other sources used by a majority of kids are free video on demand [e.g. YouTube] and DVDs [83% and 79%, respectively].

“Kids are a little less likely to turn to sources that aren’t as easy for them to use independently: 58% use official TV channel websites, 46% use VOD and 46% use subscription VOD [e.g. Netflix].”