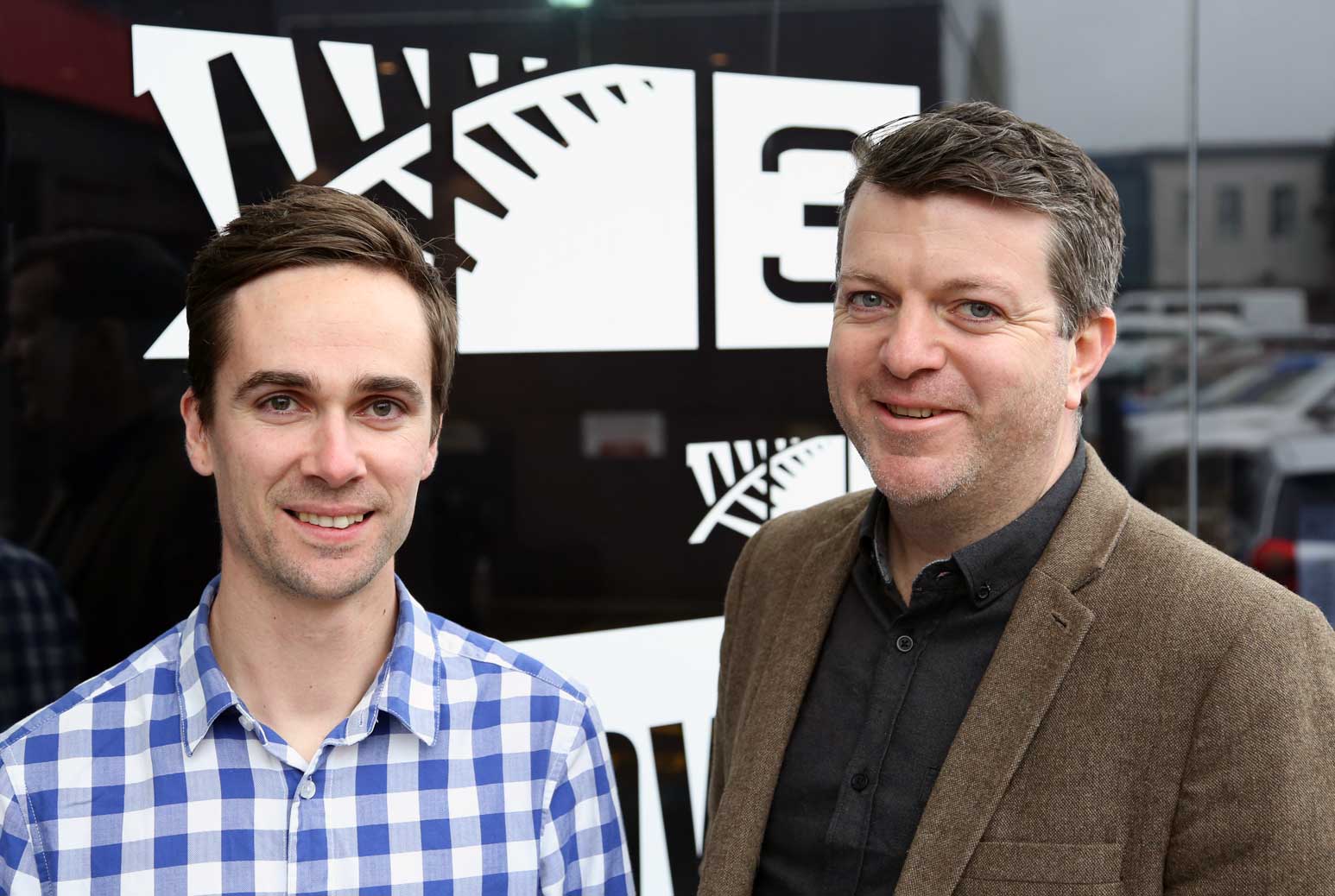 New Zealand broadcaster Mediaworks has named a new head of acquisitions, a channel manager for TV3 and a boss for VOD platform 3NOW.

Ben Quinn (pictured right) has been promoted a post that gives him direct responsibility for acquiring international content for Mediaworks’ TV and digital services.

He has worked at Mediaworks for 15 years, and was most recently associate director of programming and network programming manager for TV3 and Four.

Mediaworks director of programming Mark Caulton has covered much of the broadcast group’s international acquisitions works over recent years.

Over at the TV3 linear channel, Matt Barthow (pictured left) has been named channel manager. He will handle day-to-day channel management and have oversight of scheduling staff.

He is also a long-term Mediaworks executive, having previously been TV3 and Four network programming manager and scheduler.

Elsewhere, Mediaworks has tapped Lightbox to hire David Hine as general manager of 3NOW. He will be responsible for the video-on-demand service, including future strategy and development.

Hine was head of sales and marketing at New Zealand-based SVOD service Lightbox, and has also worked for Sony Computer Entertainment NZ.

In further news, Jack Matthews will succeed Rod McGeoch as chairman at the end of September. McGeoch is stepping back after three years in the role.

As of October 1, Mediaworks’ board will comprise Matthews, who’s a former CEO of Showtime Australia, Jonas Mitzschke, Paul Lockey, Julie Christie and MediaWorks CEO Michael Anderson, who was named in the role earlier this month and began work yesterday.