Viacom’s main shareholder, Sumner Redstone, has called for the media giant to “embark swiftly” on a new strategy after the exit of Philippe Dauman was formally announced. 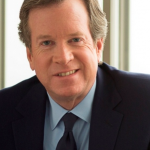 On Saturday, Viacom and Redstone’s National Amusements holding vehicle confirmed the long-serving Dauman was leaving his post as CEO and president and would be replaced in the interim by Tom Dooley (pictured). This came after news of the agreement leaked on Friday.

At the same time, five new board members – Kenneth Lerer, Thomas May, Judith McHale, Ron Nelson and Nicole Seligman – have been elected, and will form majorities of the various branches of governance. This effectively makes them the most important voices at the table.

“We thank Philippe for his many years of dedicated service and the important role he has played at Viacom,” said Redstone. “We also welcome the new board members who join us today.

“By strengthening Viacom’s governance and leadership, these changes will enable the company to embark swiftly on a strategy that strengthens its position as an industry leader. Viacom has extraordinary assets and people, and we look forward to taking the necessary steps to realise the company’s full potential to the benefit of all stockholders.”

As expected, Dooley will assume command until September 30, at which point succession plans should be close to fruition. Dauman will remain non-executive chairman until September 13. Viacom will then begin a search for a new chairman.

Furthermore, Dauman will be allowed put the case for selling 49% of film arm Paramount Pictures to Chinese firm Dalian Wanda Group to the board. A National Amusements provision demanding unanimous board agreement to the sale remains in tact, making a deal unlikely. 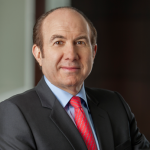 A lawyer by trade, Dauman joined Redstone in his hostile takeover of Viacom in 1987. He subsequently joined the board, before becoming a senior VP in the early 1990s and rising to the CEO position in 2006.

His time in charge has largely been characterised by an uneven company performance and legal issues.

The company’s main cable channels, MTV and Nickelodeon, have struggled to reach the heights they scaled in past years, as younger audiences switch to online video, games and apps. Several activist shareholders have used this, plus poor performance at Paramount Pictures, as evidence of a need of a change at the top.

Dauman also led a US$1 billion lawsuit against YouTube over copyright infringement, which ended up with no cash changing hands after a costly and protracted court battle, and was criticised for taking big bonuses as the company’s fortunes wobbled.

Viacom’s share price today sits at US$43.49, which is almost exactly what it was at the beginning of 2006, when Dauman became CEO. However, it has slumped dramatically in the past two years from a high of US$88.36.

Earlier this year, open warfare broke out between Dauman and National Amusements, with Sumner Redstone criticising his leadership. Dauman suggested his former mentor was being manipulated by his daughter, Shari Redstone, and fought to stay in control. Those issues have been settled with his exit.

“I care deeply for Viacom, which has been an important part of my life since I joined Sumner in the acquisition of the company 30 years ago,” said Dauman over the weekend.

“I believe this agreement will give the company and its employees the best opportunity to continue a smooth evolution into the future. I will do my utmost to ensure an effective board and management transition in my remaining time as non-executive chairman.”

Various reports put his exit settlement at US$72 million.

Interim chief executive Dooley will now oversee a transition. He said: “With the resolution of these issues, I am looking forward to working closely with the Board to develop a strategy to position Viacom for growth and success.

“I have very much enjoyed partnering with Philippe over many years and am grateful for the opportunities that have been presented to me by the Redstone family. We share a strong commitment to Viacom’s future and to guiding the company through an orderly and successful transition.”