Channel 4 axes Deal or No Deal 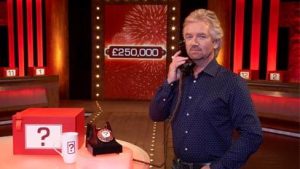 C4 chief creative officer Jay Hunt has pulled the plug on the series after eleven years, with a ‘farewell tour’ – Deal or No Deal on Tour – filming across the UK seeing it off.

Deal or No Deal, which rebooted the career of Noel’s House Party creator Noel Edmonds, has been a steady ratings winner for C4 since launching in 2005. It has run to almost 3,000 episodes overall.

“I remember watching Deal or No Deal launch and watching it grow to become a hit that captivated audiences for over a decade,” said Hunt. “A lot of the credit for that must go to Noel and his exceptional presenting. As the studio shows ends, I’m delighted he’ll now be taking Deal or No Deal to the audience.”

Presenter Edmonds remain with Channel 4, presenting a new show and a pair of pilots.

He will host hat Trick Productions-created Cheap Cheap Cheap (WT), a 30x60mins gameshow that will see Edmonds challenge contestants to guess the cheapest of three items presented to them in an eccentric general store.

He will also present Sell or Swap (WT), a studio-based auction format from Crook Productions that TBI first revealed existence of in July, and an untitled studi0-based “big money gameshow” for Channel 4 Entertainment.

Distributor Endemol Shine International has sold the Endemol Netherlands-created Deal or No Deal into more than 75 territories.