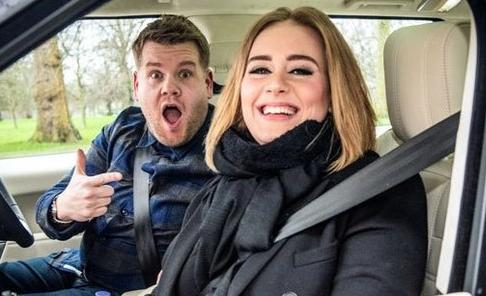 The UK prodco that makes The Late Late Show with James Cordon for CBS has inked a development deal with the US network’s production division.

UK indie Fulwell 73 will develop projects for CBS Television Studios under the terms of the deal, which covers unscripted, scripted and digital content.

The prodco is already making Carpool Karaoke series for Apple, turning a popular segment from the James Corden talkshow into a fully fledged 16-episode series.

Fulwell 73 counts Manchester United soccer doc Class of ’92 among its credits and is making forthcoming Usain Bolt film, I Am Bolt, a cinematic sports feature doc that will be released globally by Universal. It is run by Ben Winston, Leo Pearlman, Ben Turner and Gabe Turner.

“Ben and Fulwell’s creativity and willingness to take risks have made them one of the UK’s most versatile, award-winning producers,” said David Stapf, president, CBS TV Studios. “Now, with Ben working his magic in the US, he has redefined the late night arena with The Late Late Show with James Cordon, turning it into a multiple Emmy-nominated late night talk show in just its first season.

“The new Carpool Karaoke weekly series is a great start to our partnership with Fulwell 73 and we look forward to more unique and innovative programming across different platforms.”

Pearlman added: “It’s always been a dream of ours to expand into the U.S., and after the success of The Late Late Show, the opportunity to do so in partnership with CBS Television Studios is one that we can’t wait to start.”