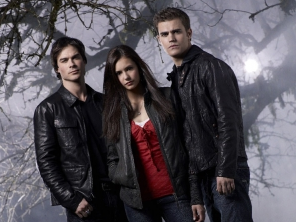 The Vampire Diaries and Bates Motel will end after their respective final seasons.

The CW’s Vampire Diaries will stop after its eighth season, while Bates Motel will turn off the lights for the final time after five seasons on A&E.

It spawned a spin-off CW US broadcast series, The Originals, in 2013.

The supernatural-themed drama about a teenage girl who falls in love with a centuries-old vampire will end after a 16-episode eighth season.

Bates Motel, meanwhile, is based on the 1960 movie Psycho, and is from Universal Television, Carlton Cuse Productions and Kerry Ehrin Productions. The series follows the deteriorating mental state of Norman Bates, the remorseless killer from Psycho, and his unstable relationship with his mother. It is set up as a prequel to the movie and is set in a different town in a modern day setting.

The final season of #TVD begins Friday, October 21 on The CW. #TVDForeverhttps://t.co/wbRKkQGIUL

It’s official, the #BatesMotel will close after Season 5 #SDCC