C4 commissions Vet on the Hill 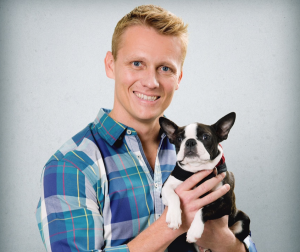 Channel 4 has commissioned a new series of Vet on the Hill for its More4 service.

The broadcaster has already shown one run of the show, which it acquired from Fred Media, the distribution arm of Australia’s WTFN.

The second season is a commission and will run to twenty episodes for the UK digital channel later this year. Season one increased the More4 slot average by 32%.

Channel 4 head of daytime David Sayer greenlit the series, which follows Scott Miller, an Australian-trained, London-based, vet, as he deals with pets and their owners from his Richmond Hill surgery.

The format is based on the WTFN series Bondi Vet and was WTFN’s first UK-made show as it expands activity out its new WFTN Europe base in London.

Shaun Gilmartin, MD of WTFN Europe, commented: “Vet on the Hill has, at its heart, the winning combination of a dedicated, professional vet team led by the charismatic Scott Miller; heart warming, engaging story lines; delivered by a hugely experienced and committed production team.

“This 20-part commission from More4 is the perfect start for WTFN’s new UK business.”