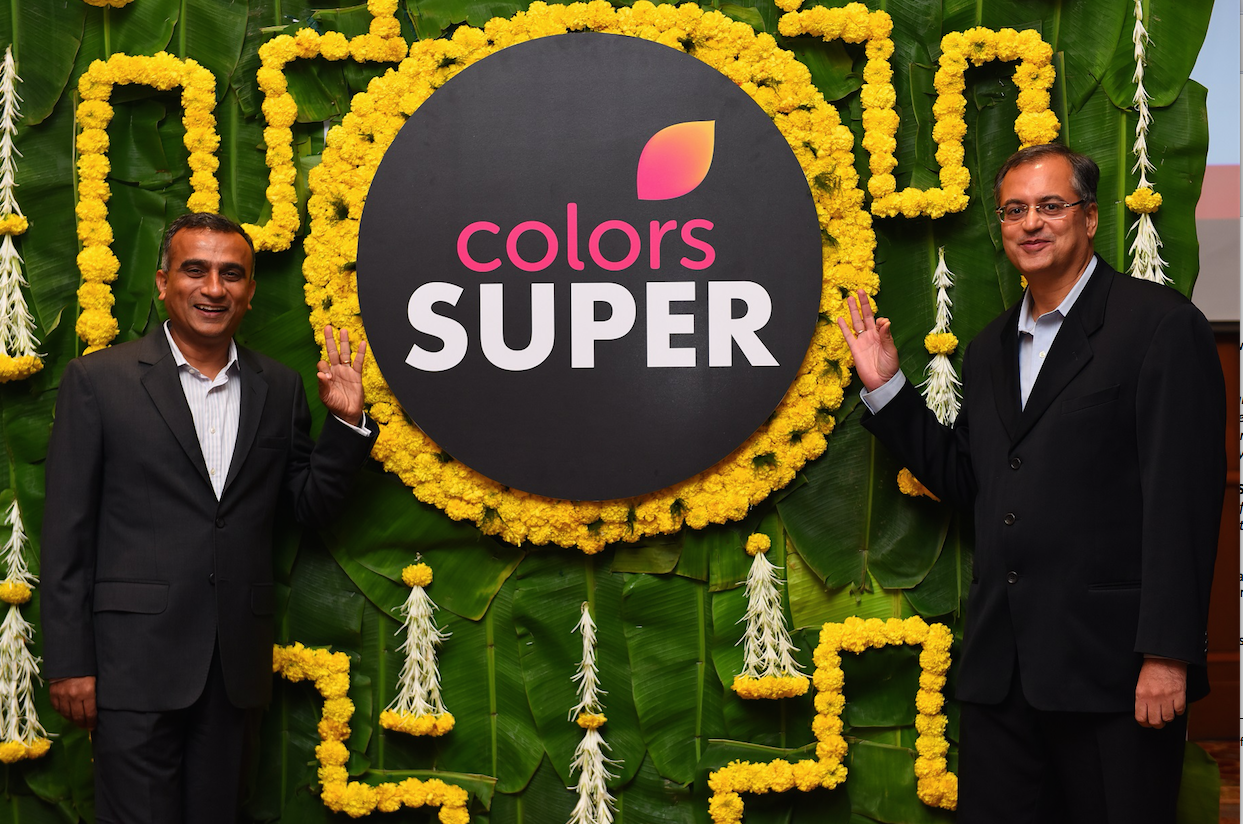 Viacom and TV18 are launching a new local entertainment channel in India.

The channel will be programmed with fantasy shows, reality programming and feature films. It will go live on July 24 in the southern Indian Kannada market, sitting alongside the regional Colors Kannada service.

Sudhanshu Vats (pictured, above left), group CEO, Viacom18: “In terms of market size in the Indian television scenario, regional entertainment is next only to Hindi general entertainment, as a category.

“This translates into a sizeable ad market, growing at a CAGR of 15%, similar to the overall TV ad market, over the next few years.

“Colors Super will expand our offering to both the viewer, by bringing in missing genres into the market, and the advertiser, by increasing the available ad inventory, thereby plugging in existing gaps in the current market.”

Viacom18, Ravish Kumar (pictured, right), project head, regional channels, Viacom18 said: “With the launch of Colors Super, our aim is to create a superb family viewing experience by offering viewers an exciting mix of stories and genres that are currently absent but much in demand.”

TV18 also has a JV with A+E and the pair announced yesterday that they will launch the FYI channel in India.