Twentieth Century Fox Television Distribution’s international television president, Marion Edwards, is to retire at the end of this year, with a key lieutenant set to take her place. 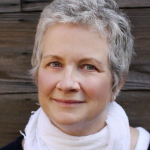 Gina Brogi, currently executive VP of worldwide pay television and subscription on-demand, will replace Edwards in January 2017. The pair have worked closely for significant period, and will oversee what TCFTD president Mark Kaner described as a “smooth transition” to a new chief.

Edwards’ is the second major departure TCFTD has announced in recent weeks, coming after the studio confirmed TBI’s report that Steve Cornish was retiring from his position as senior VP and managing director, EMEA, and would be replaced by Dave Smyth.

Edwards has been with the 21st Century Fox-owned distribution group for 24 years, and held her current role since 2007. During this time, she and Kaner took international revenues at the studio to record levels and become a major profit centre for parent Fox.

“Marion is an institution in international television,” said Kaner. “We are very sorry to see her leave but I know she will have the same enormous success going forward. She is an exceptional leader who is highly regarded and admired throughout the industry and has achieved such great things for us.

“I can think of few executives who are as passionate, smart and dedicated as Marion and I am extraordinarily pleased she has agreed to stay on through the end of the year to lead a smooth transition.” 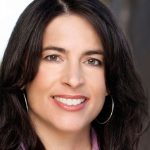 Brogi (right) has been with TCFTD since 1999 as director of worldwide pay TV distribution, and rose through the ranks to a VP position and then to her current role in 2011.

She has played a significant role in developing the firm’s pay TV and SVOD activities.

“Gina is ideally suited to step into this important role and I am impressed by her leadership abilities,” said Kaner. “I look forward to continuing to work closely together with Gina during this dynamic time in our industry.”

Brogi said: “I feel so much admiration and respect for Marion. She paved the way for women in this industry at a time when it was not an easy thing to do. She has become a significant mentor to me and I will wholeheartedly miss her collaboration and friendship at the office every day. I look forward to working with Mark to continue to move our organisation forward.”

Before joining TCFTD in an SVP post in 1992, Edwards was VP, MGM/UA Telecommunications and VP of MCA Universal International TV.