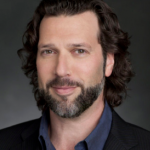 Rothberg’s departure comes after that of Bela Bajaria, who exited as president earlier this year. Pearlena Ibgokwe, who was EVP of drama programming, stepped up to replace her.

His contract was up in March 2017, according to various US trades, but left the Comcast-owned NBCU yesterday. There was no word on a new job.