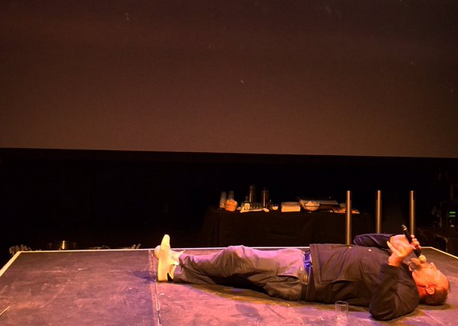 Vice had previously revealed plans to launch its services in 12 territories following linear net Viceland’s US debut this year, but will in fact be in 51 following today’s announcement of the batch of new deals.

The agreements range from a three-screen market entry into India and the Middle East, to channels in Australia and New Zealand, and a standalone network across Southeast Asia.

Vice CEO and founder Shane Smith (pictured above) said in a statement: “People don’t like to believe me. Maybe it’s because I drink too much. Mebbe cuz I’m a story teller. But today I have something to confess; I am a liar. I lied. Earlier this year it was widely reported that I announced that we would launch Viceland in 12 countries in 12 months and that is not true.

“We will in fact be launching in 44 countries – for those keeping score that’s less than four months in, making Viceland the fastest growing television network in history. Forgive me my sins; I love you all.”

In India, Vice has scored a deal with The Times of India Group for an entry across digital, mobile and TV, with a similar agreement in place with The Moby Group in the Middle East.

There will be “significant investments” to create a Vice production and editorial base with headquarters in Mumbai; and the launch of Virtue, a branded content division for the local market.

Viceland will launch in partnership with SBS late this year using SBS2 spectrum and available free to viewers, while the New Zealand feed will debut at the same time and be available via the Sky New Zealand basic pay TV package.

“Exploring diversity through culture is at the heart of SBS’s purpose and we are excited to be partnering with Vice to bring some of the best available content from across the world never before seen in Australia, in documentary, journalism and inspiring entertainment, free to all Australians on SBS’s channels and platforms,” said SBS CEO and managing director Michael Ebeid.

Viceland will also be Southeast Asia through a deal with Multi Channels Asia, while Econet Media will launch across digital and linear platforms in Africa, in 17 territories, including Ghana and Zimbabwe, by the end of 2017.

The Asian deal covers 18 territories, and will see programming developed and produced in-house by a Vice creative team.

In Africa, will be offered as a 24-hour channel exclusively on Kwesé TV’s internet and satellite platforms when they launch.

“With its focus on music, fashion, technology and more, Viceland is a dynamic and contemporary entertainment channel whose success is driven by an outstanding Vice vision for youth TV,” said Econet CEO Joseph Hundah, the former MTG Africa chief. “By acquiring the rights to screen this channel, we are adding a unique new dimension to our programming line-up as we prepare to launch Kwesé TV.”

Groupe V Media will bring Viceland to Quebec and other parts of French-speaking Canada. From late 2016, the network will debut as blocs of programming on Groupe V channels.

These will sit alongside the English-language network, which is already present.

Viceland has already been either launched or announced for debut in the US, Canada, Ireland, the UK and France.