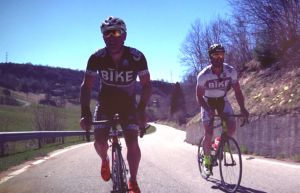 Cycling channel Bike is launching a UK version of its Coach format.

The reality series has already played on the Italian bike channel and the UK version will launch in September.

The format sees former pros train up two enthusiastic amateurs, selected from open auditions, and the winner receive sponsorship from the Bike Channel.

The UK version will feature Rob Hayles and Brian Smith as the coaches and they will work with two yet to be selected amateurs, who will then compete against each other at a UK cycling ‘sportive’ event.

The 6x30mins reality show will debut on the Bike pay TV channel in September.

The Italian version started in 2014 and is about to go into its third season.

Filippo Ubaldini, founder and CEO of Bike, said: “The popularity and number of entries for The Coach in Italy exceeded expectations and created some incredible television for cycling enthusiasts and armchair viewers alike.

“We look forward to recreating this success in the UK  and providing our lucky competitors with the incredible opportunity to learn from two legends of  British cycling.”