Gareth Neame, the boss of Downton Abbey producer Carnival Films says he would like to see a feature film based on the global drama hit happen “sooner rather than later”.

Speaking to TBI at the Monte Carlo TV Festival, Neame said Downton, which ran to six seasons as a TV series and ended last year, “may well exist” as a feature.

“There’s a good possibility of a Downton film, and I hope that would be in one year, not five years; in other words sooner rather than later,” he said.

“It’s a very complicated thing to get everyone back together, and it is a very different medium, not in terms of the production, but from a narrative point of view, but I think there’s a good chance of it happening.”

Neame was on the judging panel at this year’s Monte Carlo TV Festival, with the awards handed out last night. 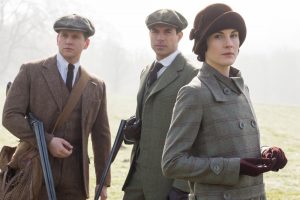 The TV executive was recently awarded an OBE in the UK honours list and said that Downton had been a net positive for the UK TV industry, and more broadly the UK and UK business as a whole.

“People were watching British drama around the world, but I don’t think we’d ever had a drama that had gone to every territory,” he said. “In terms tourism, people wanting to study in the UK, and for British business as a whole, we have hopefully oiled some wheels.”

Speaking specifically about Downton’s effect on the UK TV business, the Carnival boss said it had proved international scripted hits were not the sole preserve of the US. Carnival is owned by NBCUniversal and distributed by its sales arm, but is UK-originated and produced.

“It has shown a global hit does not have to come from the US, it can come from the UK as well,” he said. “The prices that were commanded for Downton Abbey were akin to those for a US network show, I don’t think that’s happened before.

“On the back of that, it has encouraged the UK tax break for high-end TV to come about, encouraged people to think of the UK as a production destination, and made more people consider acquiring British content.”

Post-Downton, Carnival has three series underway: Sky1’s Lucky Man, the upcoming Jamestown for Sky, and The Last Kingdom for the BBC.