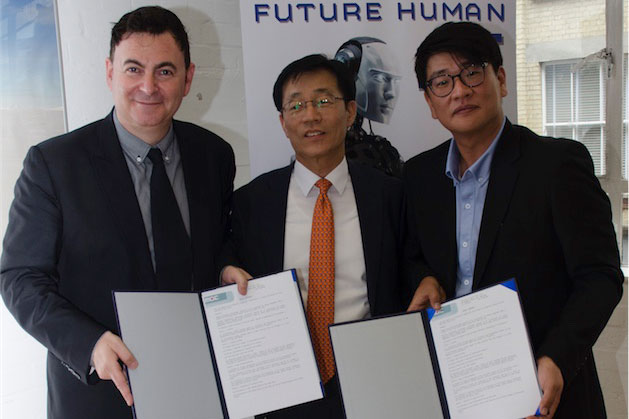 MBC produces Future Human; AI for its domestic channel, and with the backing of the government’s content agency, KCA, Zig Zag will produce an international version, and shop it globally.

The series looks at the latest developments in recognition technology, with contributions from scientists, experts, and futurists.

The UK-Korea deal was brokered by Seoul-based Paan Media.

“We have spent lots of time recently visiting Seoul and Busan to understand the South Korean TV industry. Having already experienced great success in China and Japan, we’re delighted to extend our relationships in Asia to this thriving market that embodies the best of the region’s sensibilities,” said Danny Fenton, CEO of Zig Zag.

“It’s exciting to start a coproduction with such significant international appeal with such a talented production company such as Zig Zag,” said Jinman Kim, executive producer at MBC.

“This project is one of the most rewarding in my three years in international co-productions and one of the most fascinating,” said Paan’s CS Lee, who is also supervising executive on behalf of MBC.