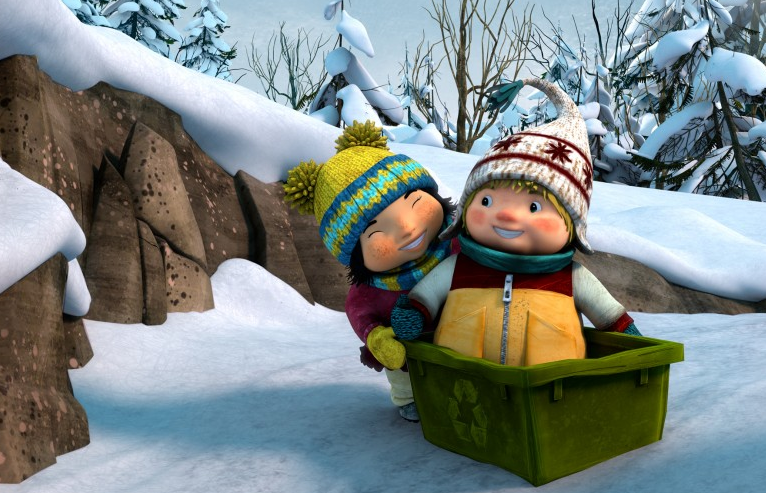 September’s Cartoon Forum will feature animated projects from a record 22 territories, with a Canadian effort set to be presented for the first time.

The 27th edition of the European pitching event, now held annually in Toulouse, will see buyers shown 80 projects. Fifty-three-per-cent are targeted at 6-11s, with 25% for preschoolers and 10% at young adults and adults.

Twenty-six will come from France, with the UK and Ireland providing nine and eight respectively.

Snowsnaps is planned as a 52x5mins preschool series in which four friends have adventures while playing in the snow.

The Canadian effort is included to extend collaboration with the Cartoon Connection Canada event. Snowsnaps was pitched at the event in October last year, and has since gotten the backing of CBBC from the UK, France Télévisions, The Walt Disney Company UK, Channel 5 / Milkshake and Canal+.

For the second year, Korean projects will also pitched. These are Tori’s Adventures from Tori Design, Slow Slow Sloth NEUL from J.Bugs and Bellboy Luke from Anyzac. The first two were backed by reps from five European broadcasters (including France Télévisions, M6, Canal+ and Turner Broadcasting System France), while the third project landed a special award at the Cartoon Connection Asia-Europe event.

Meanwhile, three projects – Planet Z from Pyjama Films, The Wind-Ups from Leonstudio and The Piracy of Princess Priceless from Adriatic Animation – will be presented after being selected at the Cartoon Springboard 2015 event for young talents.

There will also be a focus on Irish animation, with Irish studios presented during the Croissant Shows and an Irish Farewell dinner and party planned.

Cartoon Forum takes place between September 13-16 in France this year.