The European Commission has confirmed that it will oblige on-demand services such as Netflix and Amazon Prime Instant Video to ensure there is at least a 20% share of European content in their catalogues. 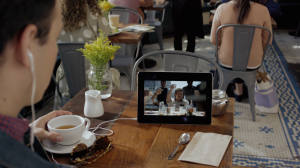 The EC has also said that EU member states will be able to ask on-demand services to contribute financially to European content creation.

The EC this morning published its revised Audiovisual Media Services Directive, which contains the new proposals.

The revised directive calls for on-demand services to be  obliged to “reserve at least 20% share for European works in their catalogues and to ensure adequate prominence of such works”.

In addition, member states will be authorised to impose financial contributions in the form of direct investments or levies allocated to national film funds to on-demand services in their jurisdictions – and also, in certain circumstances, to those “established in a different member state but targeting their national audiences”.

Netflix, whose European operations are based in the Netherlands, could therefore potentially be obliged to contribute to domestic production in, for example, France.

The EC made it clear that the obligations on promotion of European works would not apply to players with “no significant presence on the market” and in particular, to “companies with a low turnover”. In addition, states may waive obligations on some services where imposing them would be “impracticable or unjustified by reason of the nature or theme of the on-demand audiovisual media services”.

The wording of the revised directive indicates that where contributions are imposed on services established outside the targeted state, these will be based only on revenues raised in that targeted state.

The directive also calls for a loosening up of advertising restrictions placed on TV broadcasters. The current hourly limit on TV advertising will be replaced by a daily limit of 20% of advertising between 7am and 11pm.

Films made for television, cinematographic works and news could, under the proposed revisions, be interrupted more often, and isolated ad spots would be allowed.

Other measures in the document include alignment of measure for the protection of minors between broadcast services and online services. The measures hitherto applicable to TV broadcasting will now be extended to online services. Video-sharing sites will be obliged to pout in place measures to protect minors and protect all citizens for incitement to violence or hatred.