Propagate, the US prodco run by Ben Silverman and backed by A+E, has made a trio of appointments bringing in execs from ITV Studios, Pilgrim Studios and Fox Sports. 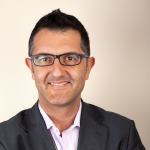 In the wake those developments, Propagate has hired Ivan Garel-Jones (pictured, left) as COO, Isabel San Vargas as head of production (below, left) and Linh Le (right) as a business development exec. 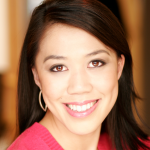 Garel-Jones will report to Silverman and Owens and oversee business affairs and operations.

He joins from ITV America where he was executive VP, business affairs, notably during the period in which it acquired a raft of indies including High Noon and Leftfield Entertainment.

Vargas joins Propagate to oversee production and reports to Garel-Jones. She joins from Lionsgate-backed Pilgrim Studios, where her credits included American Chopper and Bring It!. 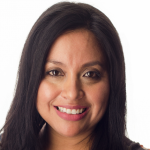 “To support and generate further growth, we are looking to build our production and management team with executives who bring diverse skills and expertise to the table,” said Silverman and Owens in a statement. “Ivan fits the bill perfectly.”

“He was instrumental in building ITV America into the largest independent unscripted production company in the US and we believe his business affairs, production and distribution experience will be invaluable to us.

Garel-Jones added: “I am extremely excited to be joining Ben and Howard at Propagate. It is clear that they both have a vision that goes far beyond traditional television models. With their incredible creative and commercial acumen and expertise, they form a true powerhouse.”

Propagate’s development slate includes Apple’s first original unscripted series, produced in partnership with musician and tech entrepreneur will.i.am. Isn’t That Rich? with ABC Studios, and Red Team for Amazon are among the other projects in development.